Well-known Thai rapper and singer Danupha Khanatheerakul, aka “Milli”, will not perform at the Hiphopplaya Festival in South Korea this Sunday due to visa problem.

Milli’s agent, Yupp! Entertainment, said in its announcement yesterday (Wednesday) that the Thai artist’s performance has been cancelled, as the artist and crew are not able to travel to South Korea.

Yupp! also said that they regret the cancellation of her performance and apologise to her fans.

The first Thai soloist to perform at Coachella in the United States in April, Milli took the event by storm when she rapped while eating mango and sticky rice.

She was praised for her lyrics, taking aim at stereotypes of Thailand and at the Thai government, with lines like “The country is good, the people are good, our food is good, but the government is rotten”. 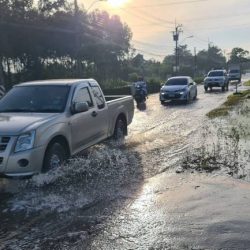