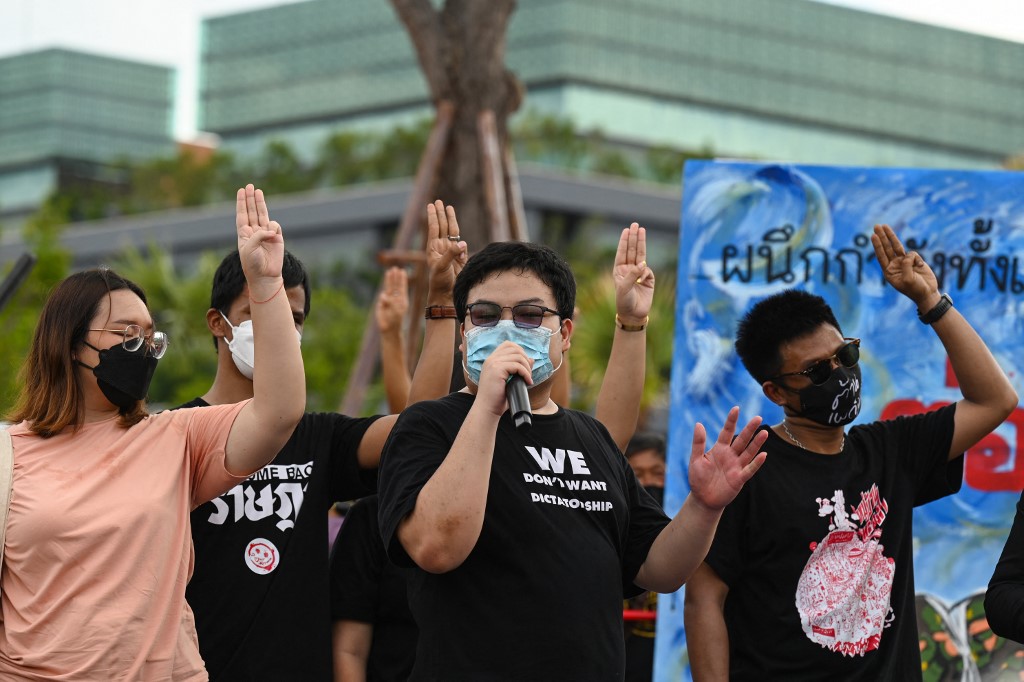 Hundreds of Thais returned to the streets of Bangkok for the first time in months today (Thursday) to demand political change. The protests are the first since the second wave of COVID-19, in mid-December 2020, and as the country is battling the worst surge in infections and deaths yet in the third wave, which began in April this year.

Calling for Prime Minister Prayut Chan-o-cha’s resignation and for constitution amendment proposals from the Opposition to be accepted, these rallies coincide with two major events, namely the 89th anniversary of the Siamese revolution, which transformed the country into a constitutional monarchy, and the parliamentary debate and vote on 13 draft constitutional amendments, proposed by political parties from both the government coalition and opposition.

Defying the emergency decree’s ban on gatherings of more than 50 people, anti-establishment Ratsadon and other affiliated groups gathered at the Democracy Monument in Bangkok at dawn, the time the People’s Party revolutionaries declared the end of the absolute monarchy almost nine decades ago. A large placard reading “the country belongs to the people” was placed across the iconic monument, along with other political messages.

The group then marched nine kilometres to parliament, where both houses were in session, to push their three main demands, including that any amendment or rewriting of the charter must be done by a committee elected by the people, that any section of the charter can be amended and the removal of the junta-appointed Senate and other coup legacies.

The proposal by Pheu Thai, the opposition’s largest party, to enable the establishment of a Constitution Drafting Assembly (CDA), was rejected by House Speaker Chuan Leekpai days before the session, while most parties have elected not to seek amendments to sections related to the monarchy. The abolition of the Senate is, however, agreed upon by many parties, but is unlikely to be passed by parliament.

In front of parliament, the group handed over a replica of a historic plaque, once installed in the tarmac at the Royal Plaza by the revolutionaries and which went missing in 2017, an open letter detailing their demands and a copy of the first constitution to an opposition representative, so that the parliamentarians can be reminded of the priorities of the people when deliberating proposed amendments.

The current constitution is the 20th, drafted by the military regime in power between 2014 and 2019, and approved in a nationwide referendum in 2016. It is seen by many as problematic, in allowing an extension of military influence beyond the 2019 general elections, especially with coup-maker Prayut’s second term as prime minister, thanks largely to the Senate’s rubber-stamp.

With support for and participation in the youth-led protest waning since December, coupled with the resurgence of the pandemic, Thailand has been largely dominated by COVID-19 issues, until now, when the constitution is being debated.

Jatuporn Prompan, leader of the Thai Mai Ton (Thais won’t take it anymore) and former Red Shirt leader said, speaking on a makeshift stage, that a desirable prime minister “can be anyone, as long as it’s not General Prayut. Anyone who will replace Prayut will definitely be better, but that person must act in accordance with the people’s will.”

Protest leader from Thammasat University, Parit “Penguin” Chiwarak, said he had low expectations of parliament, but needed to make the group’s voice heard, saying “We are here to make our standpoint known. It’s up to you whether you listen or not. The Ratsadon group will persist with our demands. Prayut needs to be out by the end of this year,” he said.

Calling off the protests – which continued through the evening at various locations in Bangkok – Pathumwan Skywalk, Nang Loeng Intersection and Panichayakan Intersection – early to avoid clashes or unexpected incidents, early without camping out in front of Government House as intended, leaders have called for regroups on Saturday.

Thailand is battling its worst COVID-19 crisis yet, with many hospitals reportedly reaching capacity. Infections, since April 1st, 2021, passed the 200,000 mark today. 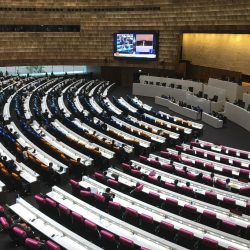