The Thai Lawyers for Human Rights (TLHR) has announced, on Twitter, that the Criminal Court has revoked the bail of protest leader, Panusaya “Rung” Sithijirawattanakul, in the lèse-majesté case of the September 19th protests last year where she called for reform of the monarchy and urged her followers to wear black.

Last week, Panusaya was denied bail for wearing a crop top, along with her fellow protest leaders, in a protest at a mall in Bangkok in December last year. This means she is being detained on two lèse-majesté cases, one being the September 19th protests and the “crop top” protest.

The court did not, however, revoke bail for other protest leaders, Panupong “Mike” Jadnok and Chai-amorn Kaewviboon (aka “Ammy the Bottom Blues”), but Chai-amorn is barred from leaving his home between 4pm and 5am.

The court has also not revoked the bail of protest leader Anon Nampa over the September 19th rally, but he is still being detained on other charges. So far, he has been held on remand for over 100 days. 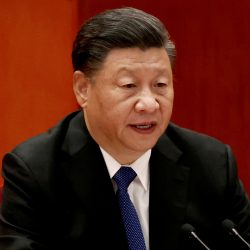