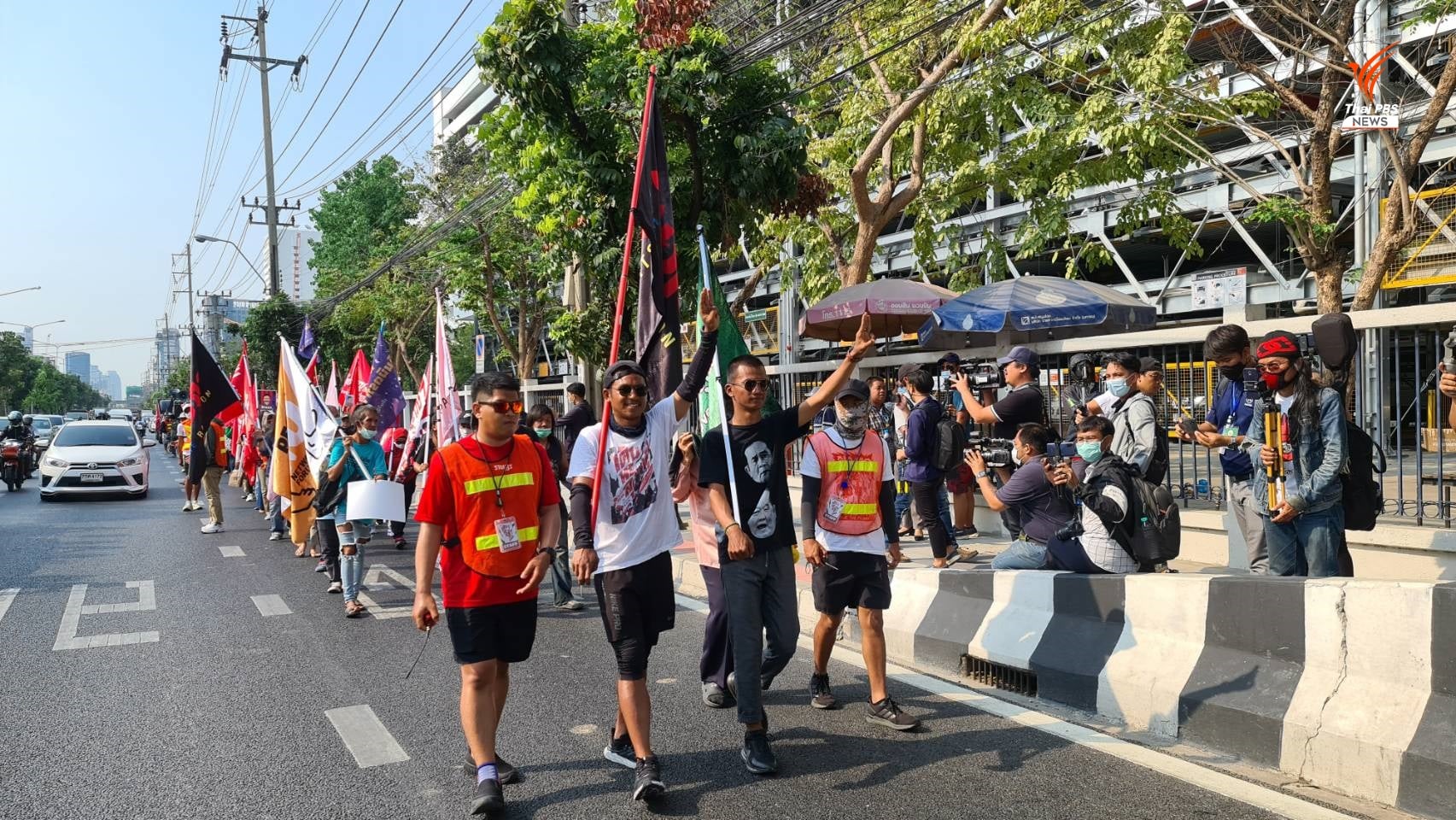 Two anti-establishment leaders have been granted bail while awaiting their trials on lèse majesté and other protest-related charges. One was released yesterday (Thursday) evening, and the other is expected to be released this evening (Friday).

A court in Ayutthaya province has agreed to release Panupong “Mike” Jadnok on Friday, conditional upon him refraining from any action against the monarchy, according to the Thai Lawyers for Human Rights (TLHR).

Panupong will also have to wear an ankle monitor and is banned from leaving his residence between 6pm and 6am and from travelling abroad.

No cash bail bond was required for the release, but he will be fined Bt150,000 if he fails to comply with the terms.

He is likely to be released from the Bangkok Remand Prison this evening, after having been locked up for four and a half months.

Panupong’s freedom comes after his fellow activist Jatupat “Pai” Boonpatraksa was released the previous night. Jatupat has already served 2 years and 5 months in prison for lèse majesté after he was singled out for prosecution for sharing a BBC Thai profile of King Rama X online in December 2016. He was released one month early upon royal pardon, before being charged with the same offence in the new round protests. Jatupat was held in remand prison for six months before his release.

Both activists have been held on remand on lèse majesté and other charges related to their political activism, calling for a new constitution and monarchy reform.