A Nigerian man, who was confirmed as Thailand’s first monkeypox case, is believed to be attempting to or already has fled Thailand for Cambodia, through a natural border crossing in the Aranyaprathet district of the eastern province of Sa Kaeo.

Police in Phuket, where the man had stayed for several months prior to his disappearance from his condominium on Monday evening, said yesterday (Friday) that they had detected his cell phone signal in Ban Khlong Luek in Aranyaprathet district, which is close to the Cambodian border, at about 6pm on Thursday and anticipate that he might be planning to cross into Cambodia.

Thai border security officials indicated a possible route the man might use, with the help of some Thais and Cambodians.

They said that he might have to swim the Luek Canal, under the Thai-Cambodian friendship bridge, which is not yet officially open for use, to get to Cambodian territory, where could be picked up by Cambodian helpers who would drive him to the port of Sihanouk Ville.

The 27-year-old Nigerian was asked to come in for treatment by a health official at a hospital in Phuket, after he had tested positive for the monkeypox virus. He failed to show up and then his cell phone was turned off, or ran out of battery power, before he left his condominium on Monday night. He later checked in to a hotel on Patong beach for one night, where he was picked up by a white sedan the following day.

His whereabouts were then unknown until police reacquired his cell phone signal on Thursday evening.

Public Health Minister Anutin Charnvirakul said yesterday that Thai officials will alert Cambodian officials about the man, who may have taken refuge in their country.

According to the police and health officials in Phuket, the man frequented night spots on the island during his stay there and was reported to have had sexual relationships with an unspecified number of women. 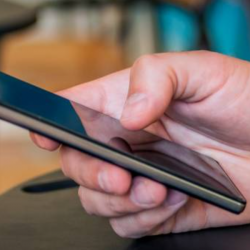