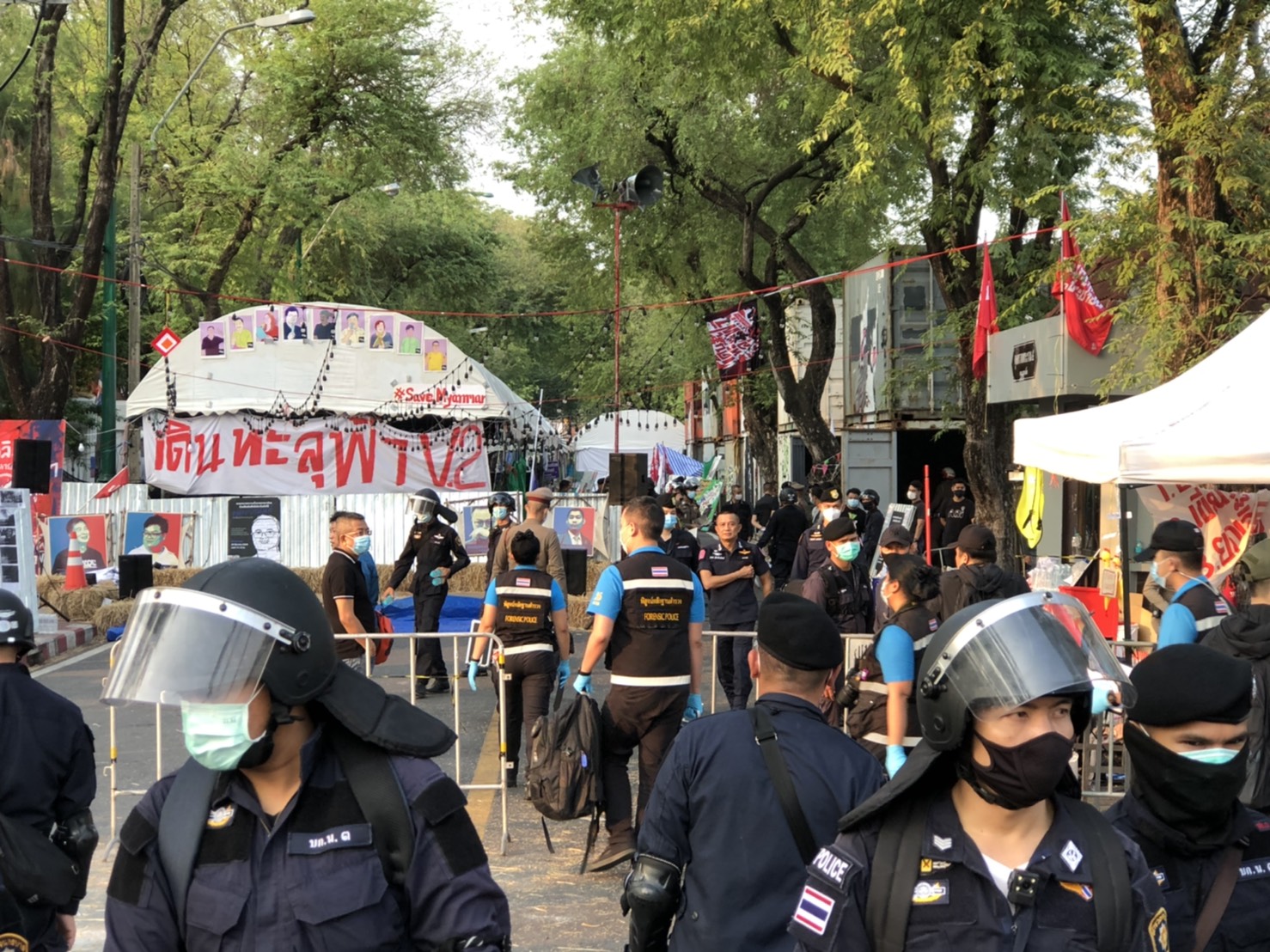 Seventy protesters, who had been camping at “Baan Thaloo Fah village”, which was set up in front of the Government House on March 13th, were rounded up by the police at dawn on Sunday and bussed to the Region 1 Border Patrol Police (BPP) Command in Pathum Thani province for questioning.

The protesters, most of whom were still resting in their tents, were caught off-guard in the dawn raid by about 300 anti-riot police officers, who allegedly gave them just three minutes to pack their belongings and move out of the village on Rama V Road, next to Chamaimaruchet Bridge in the capital’s Dusit district.

A representative of the protesters reportedly told the police that they were willing to move out, but requested more time to pack their belongings. The police refused. 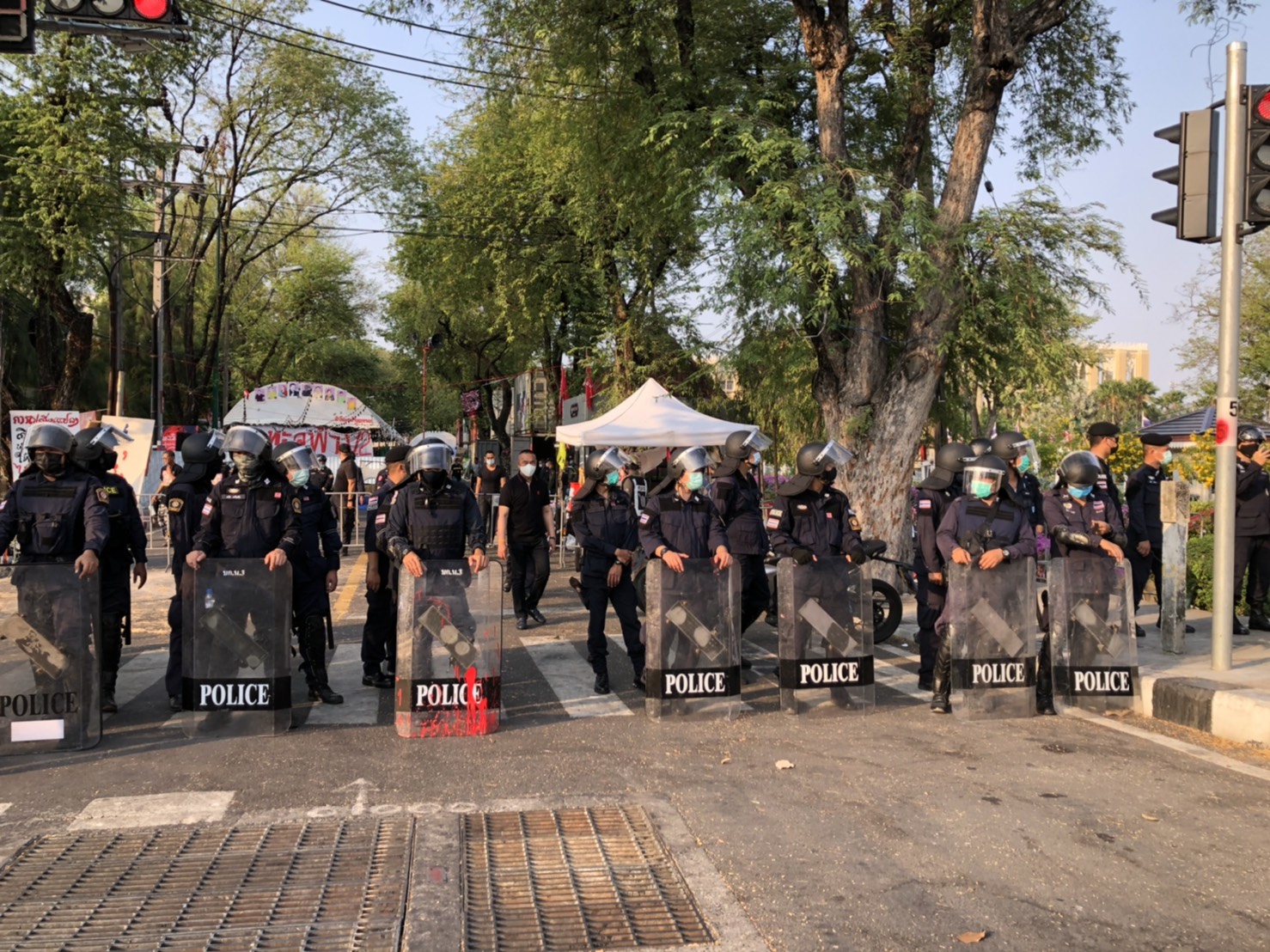 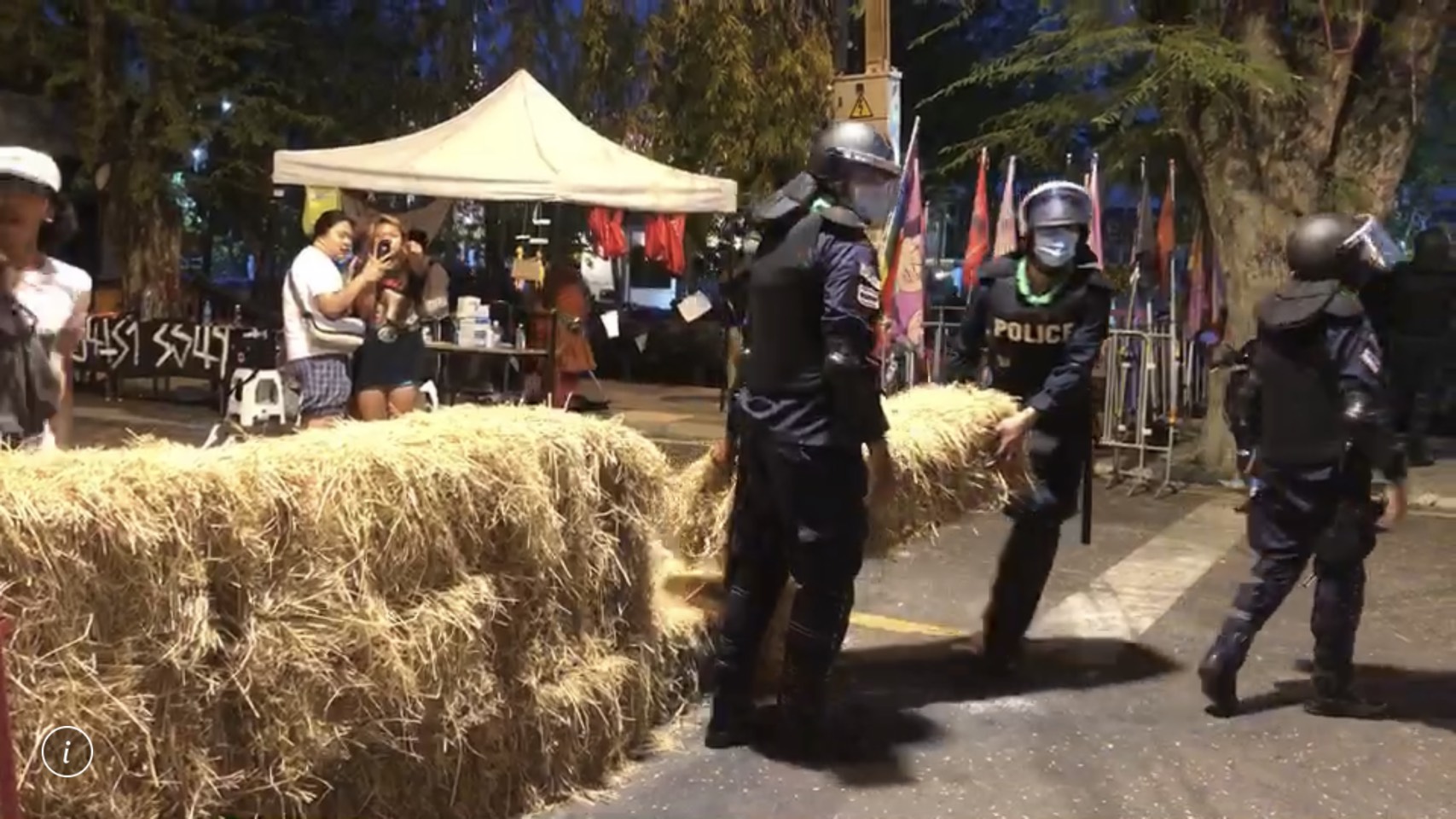 After the expiry of the deadline, the police moved in and arrested any protesters who refused to leave. 70 were rounded up and taken to the BPP camp.

Pol Maj-Gen Piya Tavichai, deputy commissioner of the Metropolitan Police, accused some of the protesters of theft, damaging public property, stealing electricity and discharging human waste into the nearby canal. The protesters also face charges of violating the Disease Control Act and the Emergency Decree.

He also refuted a claim, by the protesters, that they were given only three minutes to pack up and leave, maintaining that they had been asked to leave many times since March 13th. 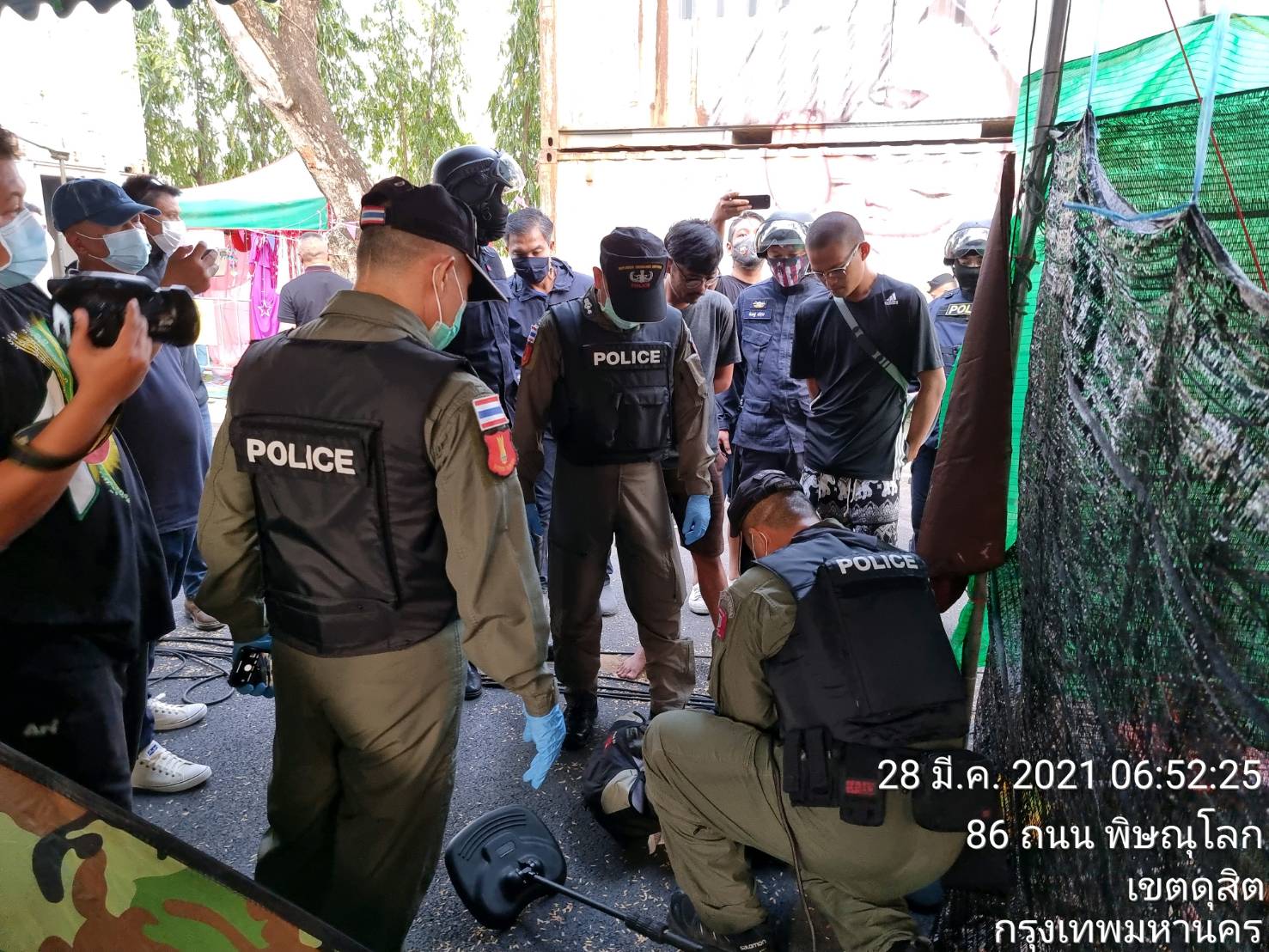 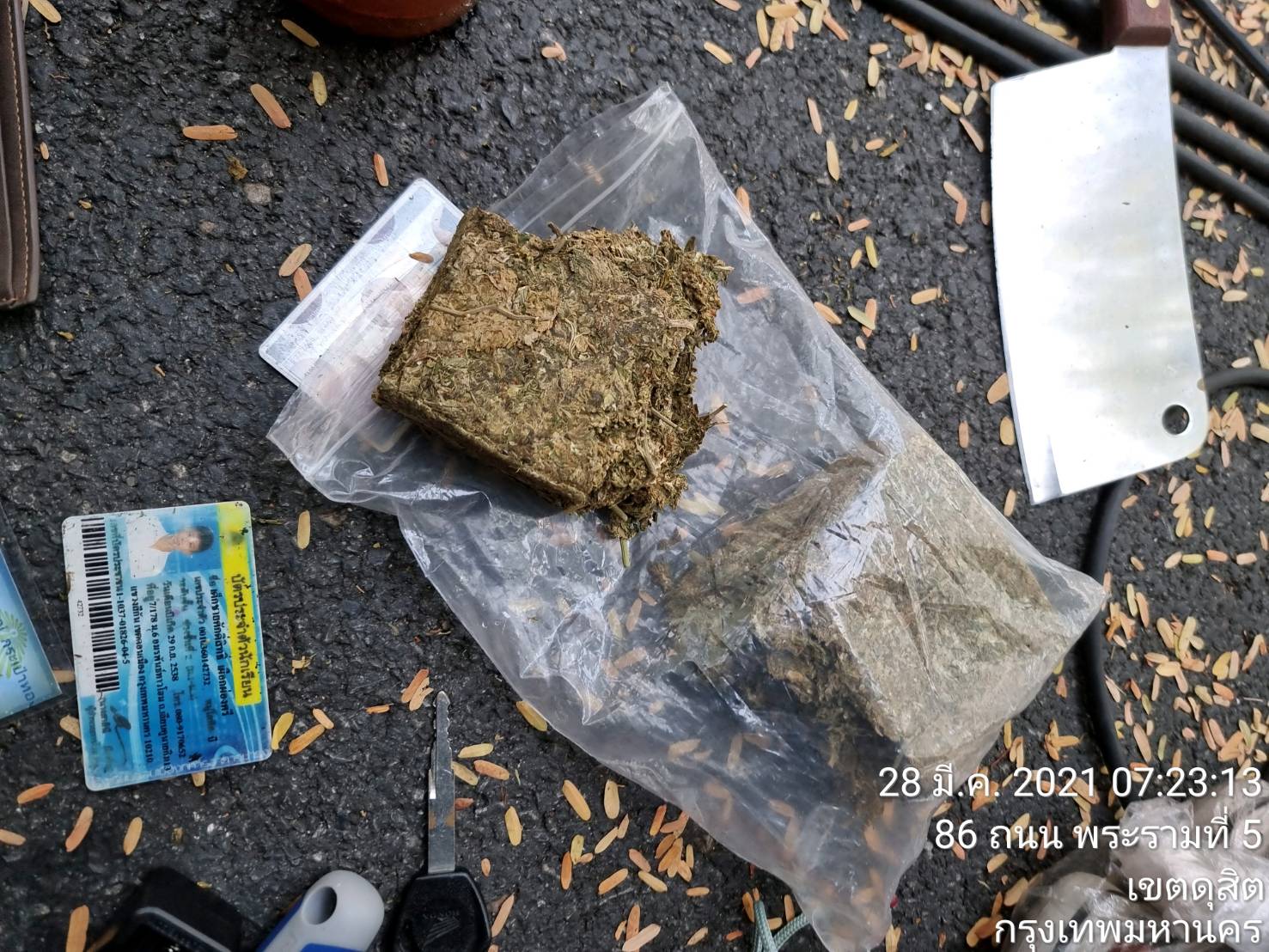 After having evicted all the protesters, police from the Explosive Ordnance Demolition Squad searched the makeshift village for explosives, but instead found small amounts of marijuana and krathom leaves.

Later, workers from the Bangkok Metropolitan Administration moved in to dismantle the tents, before cleaning up the site and restoring the road surface.

Reacting to the raid, the “UNME of Anarchy” webpage, of the anti-establishment movement, issued a statement, defending the basic constitutional right of the protesters to camp in front of Government House, adding that, since arriving, the protesters had been peaceful and cooperative with the police at all times. 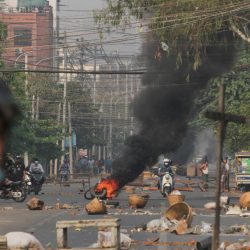 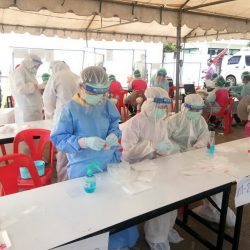