Bangkok’s besieged Government House will be closed to all officials and reporters tomorrow, as Prime Minister Prayut Chan-o-cha and his deputies will work from elsewhere.

Government spokesman, Mr. Anucha Burapachaisri, said today that the Prime Minister will work temporarily at the Defence Ministry, where he will meet with Chinese Foreign Minister Wang Yi during his official visit to Thailand.

Deputy Prime Minister Wissanu Krea-ngarm’ s meeting with members of the National Reform Committee will take place at the office of the National Economic and Social Development Council.

Government House has been surrounded by thousands of protesters since earlier this evening (Wednesday) and protest leaders have announced that they will remain encamped out outside the compound for five days at most, to put pressure on the Prime Minister to resign.

Based on Phitsanuloke Road, in front of Government House, occupying about 6,000 square metres, he estimated the number of protesters to be about 8,000 at about 7pm this evening.

He added that the police have adjusted their plan to cope with the situation, if the protest is prolonged for several days, and that they will try to persuade protesters to stay within the Misakawan intersection. 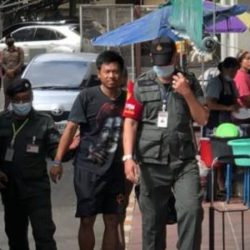 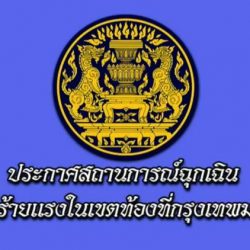