Thailand’s Prime Minister Prayut Chan-o-cha has brushed aside speculation about an imminent cabinet reshuffle, saying that his main focus is on coping with the COVID-19 situation and the prevention of further spread of the disease.

“About a cabinet reshuffle, no answer. I don’t want to answer and it does not mean that there will or will not be a reshuffle. Do not interpret my words. I will make the decision at the right time,” said the Prime Minister.

The Prime Minister also declined to answer questions about the proposed opening of an extraordinary parliamentary session to consider student protests, which are spreading across the country.

Pheu Thai party spokesman Anusorn Iamsa-ard said today that the speculation about a cabinet reshuffle had caused confusion among government parties and destabilized the Government. 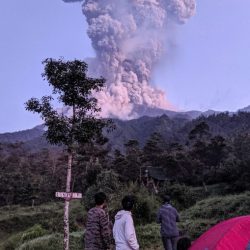