He urged the regional group to accelerate the implementation of projects under the Master Plan on ASEAN Connectivity (MPAC) 2025, such as those on green infrastructure development, and ease intra-regional travel restrictions, which not only pose an obstacle to the movement of people, but hinder the rehabilitation of businesses.

He also urged ASEAN members to conclude the Regional Comprehensive Economic Partnership (RCEP) agreement, to strengthen the regional grouping, which will help to reboot their economies quickly and promote investment in the digital economy.

To brace for future disruptions and challenges, the Prime Minister proposed that the ASEAN Community Committee draw up a rehabilitation plan for the region, which encompasses health, food and human security and human rights.

ASEAN, said Thailand’s Prime Minister, must be more pro-active in every respect, uphold people-centred guidelines and give importance to all groups of people, especially migrant workers and those considered fragile. 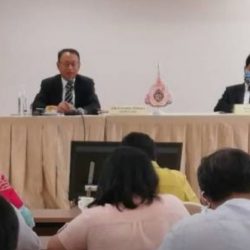