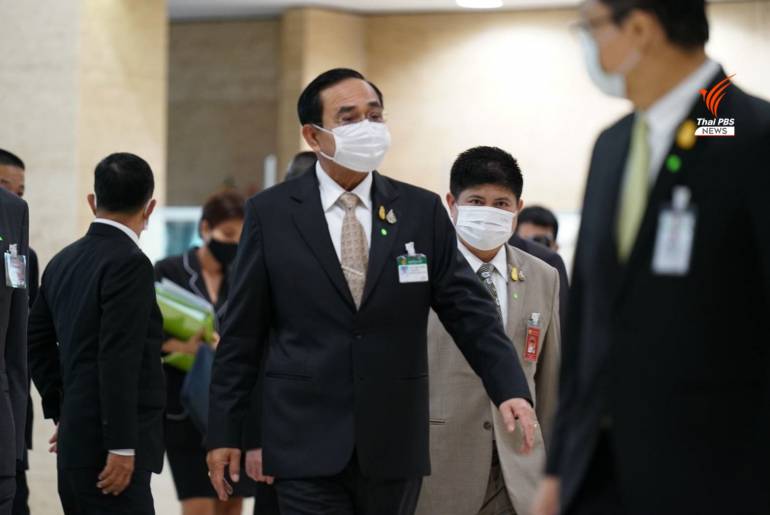 As anticipated, Prime Minister Prayut Chan-o-cha and nine cabinet ministers have survived the opposition’s no-confidence motion, in a roll call vote in parliament Saturday morning, at the end of the four-day debate late Friday night.

House Speaker Chuan Leekpai told the media, before the vote,that every MP’s name would be called in turn and asked whether they have confidence in each of the ten ministers listed in the censure motion. MPs then inserted their name cards into the slot to vote.

Altogether 459 MPs were present for the vote, which is a majority of sitting MPs. They voted as follows: 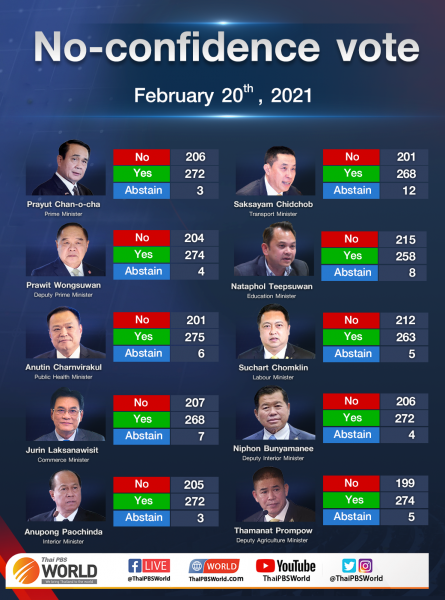 Addressing parliament at the end of the debate, at about midnight, Prime Minister Prayut thanked all the MPs, with a promise to accept their recommendations for implementation and to try to rid government bureaucracy of entrenched corruption.

Regarding the increasing prices of consumer products, he said he will consult with Commerce Minister Jurin to address the problem, but noted that there are rules and regulations that must be followed.

He maintained that his government has been helping all groups of people, as well as SMEs affected by the economic impact of COVID-19, not just big businesses, as alleged by the opposition, adding that those most in need will receive help first.

He also dismissed the opposition’s allegations that his government had failed in all areas and that Thailand, under his administration, lags behind many other countries, insisting that foreign media views Thailand in a totally different light, praising it as the second best country for investment and in which to do business. 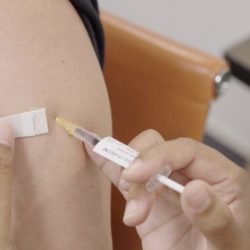 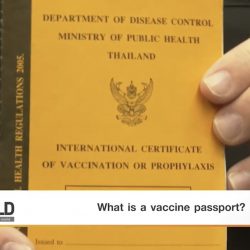