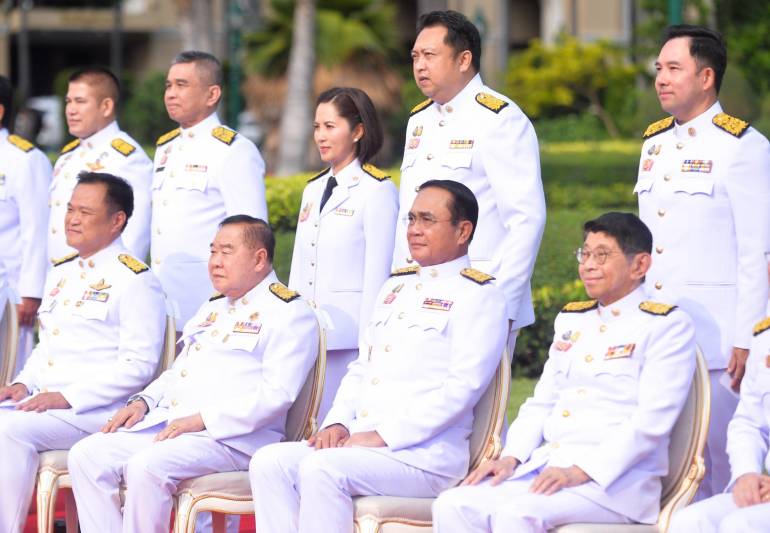 Thailand’s Prime Minister Prayut Chan-O-Cha is at the heart of the problems facing the nation, anti-government protest leader, Jatuporn Prompan has told Thai PBS World. He is proposing to bring Prayut down as well as write a “people’s constitution”.

Prayut might think he legitimised the military coup, which installed him, in the 2019 elections, but the junta–drafted constitution continues to draw people onto the streets, taking the country back to political division which, as the 2014 coup leader, he pledged to resolve.

Jatuporn blames the prime minister for the current aggressive deployment of the kingdom’s draconian lèse majesté law against activists, which just worsens the political crisis. He reiterated that this is all the more reason why Prayut must go.

To avoid more violence and casualties, as seen in recent demonstrations, Jatuporn said that either Prayut must step down or the coalition parties must withdraw from the government.

Jatuporn was an MP in Thaksin Shinawatra’s government in the early 2000s. He is better known as the president of the United Front of Democracy Against Dictatorship (UDD or Red Shirts), who led the protest which ended in more than 80 deaths in 2010, and a big shopping mall in the middle of the capital being set ablaze.

Among top Thai political activists , Jatuporn Prompan is probably the most unpredictable. Wild speculation, therefore, has greeted his surprising plan to lead a separate street protest against the prime minister . Wh atever his real motive, this return to national spotlight suggests that someone , somewhere is going “all-in” in the high-stake power game.

The Red Shirt leader announced late last month that he has teamed up with veteran activists, mostly from 1992’s bloody Black May.

This new group of political activists is called Samakee Prachachon, which literally translates as ‘the people united’, to support an end to the current divide and rule strategy, wherein the Prayut regime exploits political division to hang on to political power.

The group’s first activity will be political forum this Sunday at 4pm. Jatuporn gave no indication whether his new group will join the current anti-establishment movement.

Jatuporn said the forum “will reunite Thai people, as well as provide reasons for why Gen Prayut is not the appropriate person to bring everyone together”.

While Sunday’s event is slated as a ‘forum’, Jatuporn has not ruled out an escalation into a protest group in the future. It will focus on creating a common understanding by presenting facts. Without this, democracy cannot survive, he said. 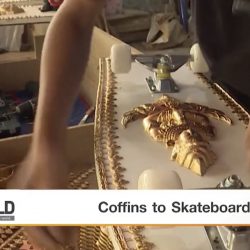 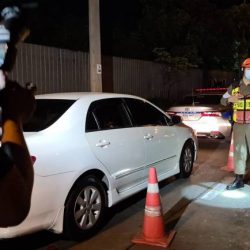 An hour after the return to Bangkok’s streets of police checkpoints, three offenders nabbed