Thai people have different ideal prime ministers in mind and, as well as their idols, they have other favourite political options for the next prime minister of Thailand, said Mr. Noppadol Kannikar, director of Super Poll.

Super Poll surveyed 2,330 people from different occupations across Thailand between February 20th and March 2nd.  Respondents were asked about their ideal prime minister from among the prime ministerial candidates and were asked who else they think would best fill the top executive post.

Among those who voted for Thanathorn, 81.9% favoured Chatchart, 75.3% picked Seripisut and 73.6% went for Anuthin. 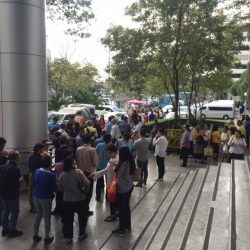