Houses in many villages in the Hongsa district of Xayaboury province in the Laos PDR were damaged by two strong earthquakes this morning, according to the Vientiane Times.

Xayaboury deputy governor said the quakes caused varying degrees of damage and tremors were felt in every district of the province, with the strongest in central Hongsa district, where some houses were damaged but no injuries were reported.

The shockwaves were felt much further afield and the department is warning people, especially those living close to the affected area, to be on the alert and to check information issued by the department.

A fourth statement, issued by the Hongsa power plant today, said that the anti-earthquake system was activated automatically and shut down the power generators when the quake struck, adding that operation of the generating system has been temporarily suspended and officials have been dispatched to check for damage to the power plant, the Nam Luek and Nam Kaen dams as well as the conveyor system that carries coal from the lignite mine to the plant.

Mr. Kathayuth Chupoon, managing director of the Hongsa power plant, said that the main structures of the plant and buildings are intact, with only minor damage to some buildings.  No deaths or injuries have been reported.

Inspection and damage assessments are expected in the next 24 hours and the public will be kept informed. 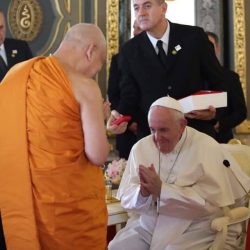 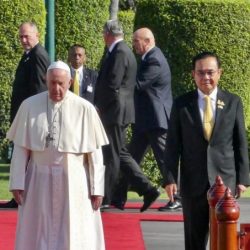