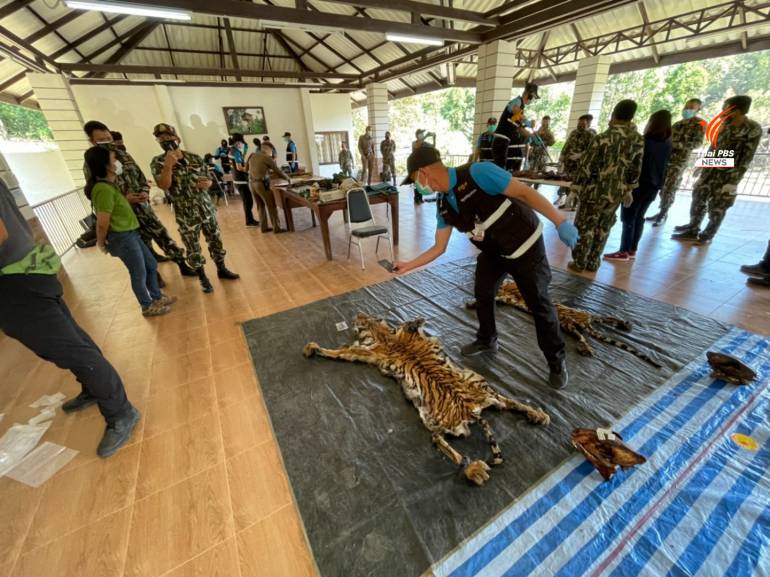 The final suspect in the national park tiger death case, while claiming he was not involved in the killings, has been arrested, after four other suspects surrendered and confessed to the killing of the two big cats in the Thong Pha Phum national park in Kanchanaburi province in early January.

The fifth suspect, a 66-year-old a villager from Pilok sub-district of Thong Pha Phum district, was arrested last night and escorted to Thong Pha Phum police station, to join the four others. He denied involvement in the killing or skinning of the two protected tigers, claiming he went into the national park to camp with the other four.

A senior national park official has dismissed the claims of five men that they are just cattlemen and not hunters.

In an online interview with Thai PBS today (Friday), Deputy Director-General of the Department of National Parks, Wildlife and Plant Conservation Prakit Wongsriwattanakul said he doubted the suspects’ claim that they killed the two big cats to protect their cattle after several of their cows had been killed.

He cited the way the dead tigers had been meticulously skinned, to prevent damage to hides, noting that this was not the skill of an ordinary cattle farmer.

He also pointed out at the firearm wounds to the heads of the two tigers were precise, to cause as little damage to the skin as possible, adding that a perfect tiger skin can fetch up to a million baht.

Prakit said, however, that he will have to wait for reports from the police and the results of an investigation by his men into the possible connection between these suspects and illegal wildlife traders in the area. 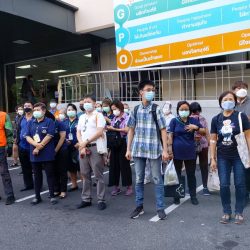 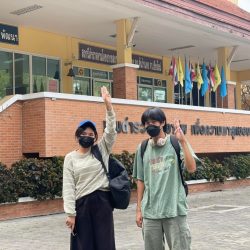