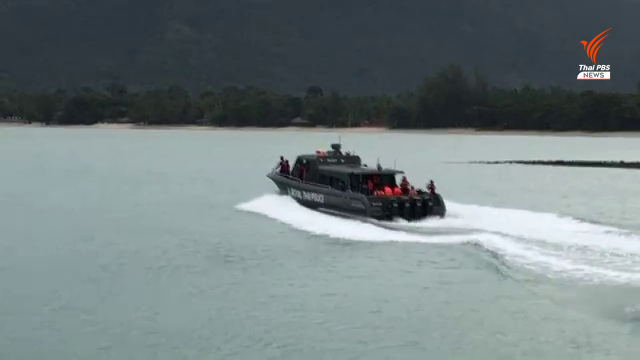 Members of the Thai Navy SEALs will be sent to Samui Island to help in the search for four missing crew members, from the ferry which sank in rough seas about five kilometres from the popular tourist destination, as concerns grow about the garbage being carried by the sunken vessel.

In addition to the Thai Navy SEALs, foreign divers on the island, and a marine rescue team from nearby Koh Tao, have announced their readiness to join the search, if there is a request from the Thai authorities.

Surat Thani Governor Wichavut Jinto said that search teams are studying the blueprints of the sunken ferry, before resuming the search, now being hampered by choppy seas and strong winds.

It is estimated that there is as much as 90 tonnes of compressed garbage stored in the three trucks, which sank with the ferry, Racha 4.

Thai PBS has learned that garbage from Samui Island is usually compressed and put on barges for transport to the mainland in Surat Thani for disposal. This time, however, it had been put on trucks and carried on a chartered ferry.

There were 16 crew members and passengers onboard the ferry when it capsized in the early hours of July 30th. Eleven have been rescued, but ferry’s the skipper was found dead.