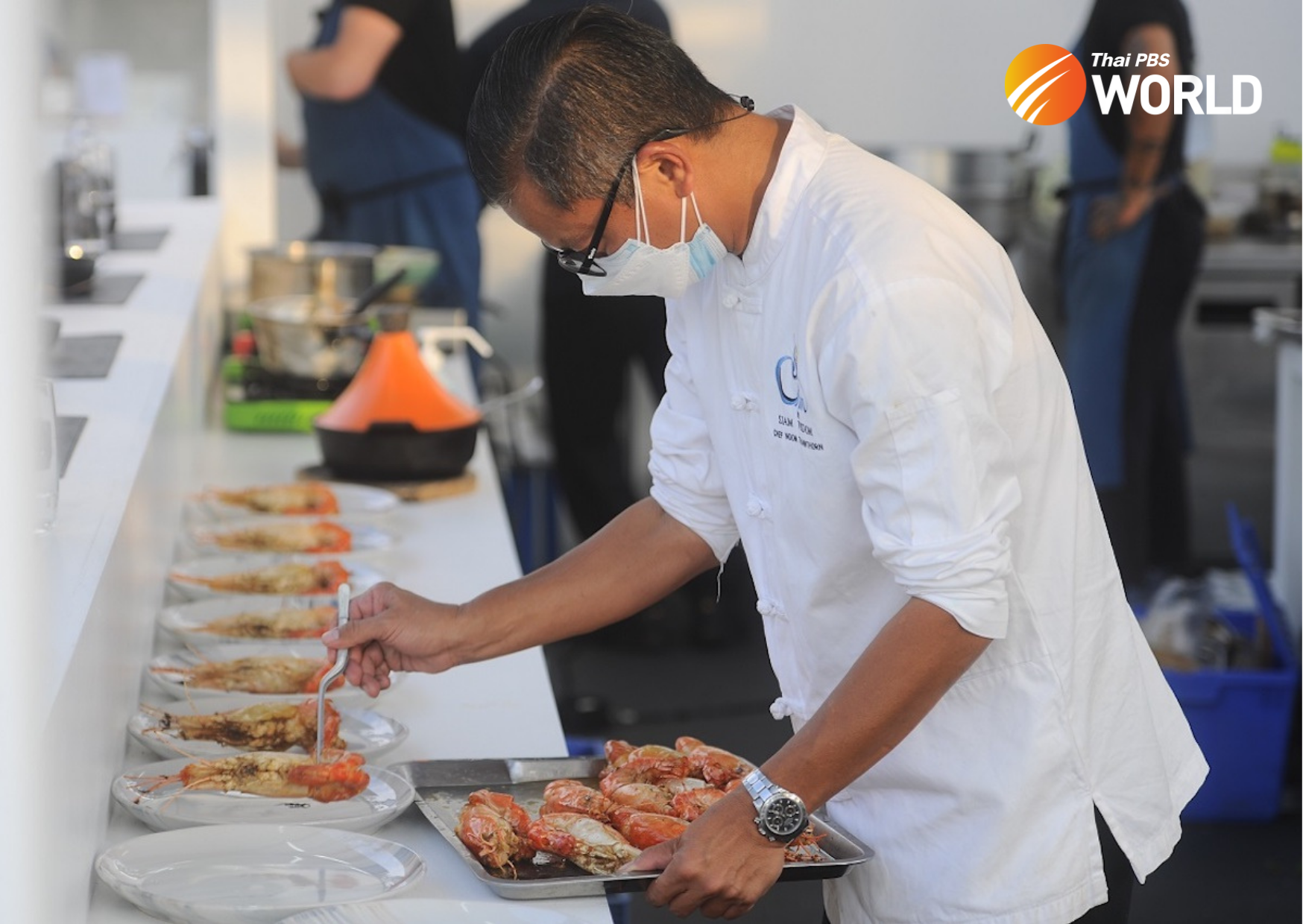 Chef Noom prepare a cannabis-infused menu at the event.

Chefs and foodies welcome a return of cannabis to Thai kitchen. It has made an exciting scene for gastronomy. Edibles or cannabis-infused food are of great taste but they are not always healthy, a Thai Michelin-starred chef warns.

Over the past few years, Thaninthorn has become an edibles enthusiast as he seeks expert advice including academics and health professionals, and taught himself how to infuse his food with cannabis. At the “Ma Gin Gan” (roughly translates as “Let’s eat (cannabis)” event he served selective signature Thai dishes that he created to the guests.

Although Thai people have used cannabis in their cooking since ancient times from north to south as cannabis leaf is known to improve appetite, the knowledge or wisdom has been kept underground. As the taboo is broken, food experts and chefs have no choice but to revisit the ancient wisdom and relearn to adapt it for the present culinary world.

“I’ve studied and tired by myself. The stem can be used to boil the chicken. The result is the taste called Umami (savoriness) and it creates a very pleasant aroma,” said Thanninthorn, better known as Chef Noom from his stint at the Iron Chef Thailand TV program.

Great taste yet not for everyone

Chef Noom said it was no doubt that cannabis helped intensify flavors, and when using cannabis or cannabutter (Marijuana-infused butter), he hardly used sugar in the dish.

Cannabis isn’t a strange ingredient to the chef as he grew up having Kaeng Sub Nok (a Thai curry) cooked with cannabis leaves and flowers. Asked him to name a few dishes that are great with cannabis, he said those grilled beef such as “Sua Rong Hai” have very intensified flavor and aroma as the heat, oil, and cannabis mixed up. Other great cannabis-infused dishes include Thai curry and frying or searing food. One can use the Cannabutter to prepare food such as pan sear or placing marijuana directly in or on food.

“I’m thinking of placing a cannabis leaf on top of Kanom Jeen Nam Prik (Rice Noodles with Aromatic Mung Bean Sauce) plate as it is a nice appearance. It’s kind of journey to the sense,” he said.

Chef Noom said that he would introduce some dishes at his Michelin-starred Chim by Wisdom but he would caution about it by informing his patrons. “It’s like drinking. Some people can drink a lot and feel nothing while the other may be drunk with a few drops so we ought to be very careful.”

Dr. Supaporn Pitiporn, the Chao Phraya Abhaibhubejhr hospital’s assistant director, said in a separate interview that those new to cannabis are recommended to try one leaf or less in a day. Normally, one dish should use half to two leaves of cannabis.

Such caution is known among chefs and that is why Chef Noom said that for a dinner course, he couldn’t make every dish infused with cannabis. “We’ve got to calculate too so that it won’t make any effect to consumers.”

According to the Chao Phraya Abhaibhubejhr hospital which is a pioneer in the edibles, people with liver or kidney conditions, heart and coronary artery disease, those using Warfarin or on medication for mental conditions, as well as pregnant or breast-feeding women and those under 25 years old should not eat a cannabis meal.

Chef Noom said that one must study cannabis before using it otherwise it will be more dangerous than useful if someone uses it without knowledge and understanding.

“Actually, the cannabis-infused food will not make anyone addicted but if you are, make your addiction at my restaurant,” he quipped. 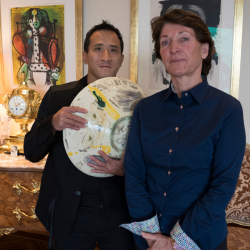