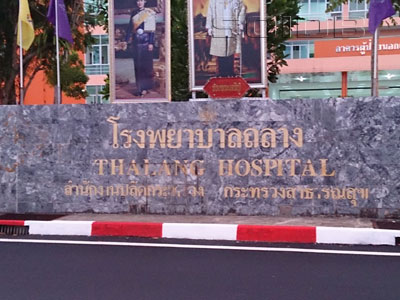 A Thai man, who may be infected with monkeypox, was sent from Thalang Hospital in Phuket to Vachira Phuket Hospital this afternoon (Tuesday) for tests and diagnosis.

The ambulance arrived at the emergency ward of the hospital at about 3.55pm and doctors immediately began the diagnosis. No further details about the condition of the man are available at the time of this report.

A Nigerian man who had lived in Phuket since last October until he left for Cambodia last week, was the first confirmed case of monkeypox in Thailand. 19 people in Phuket who were in close physical contact with the Nigerian have been tested and cleared of the virus, but they are still in isolation and under observation by provincial health officials until the completion of the 21-day isolation period, after which they will be given another test to reconfirm they are clear of the virus.

The Nigerian man had frequented nightspots in Phuket.