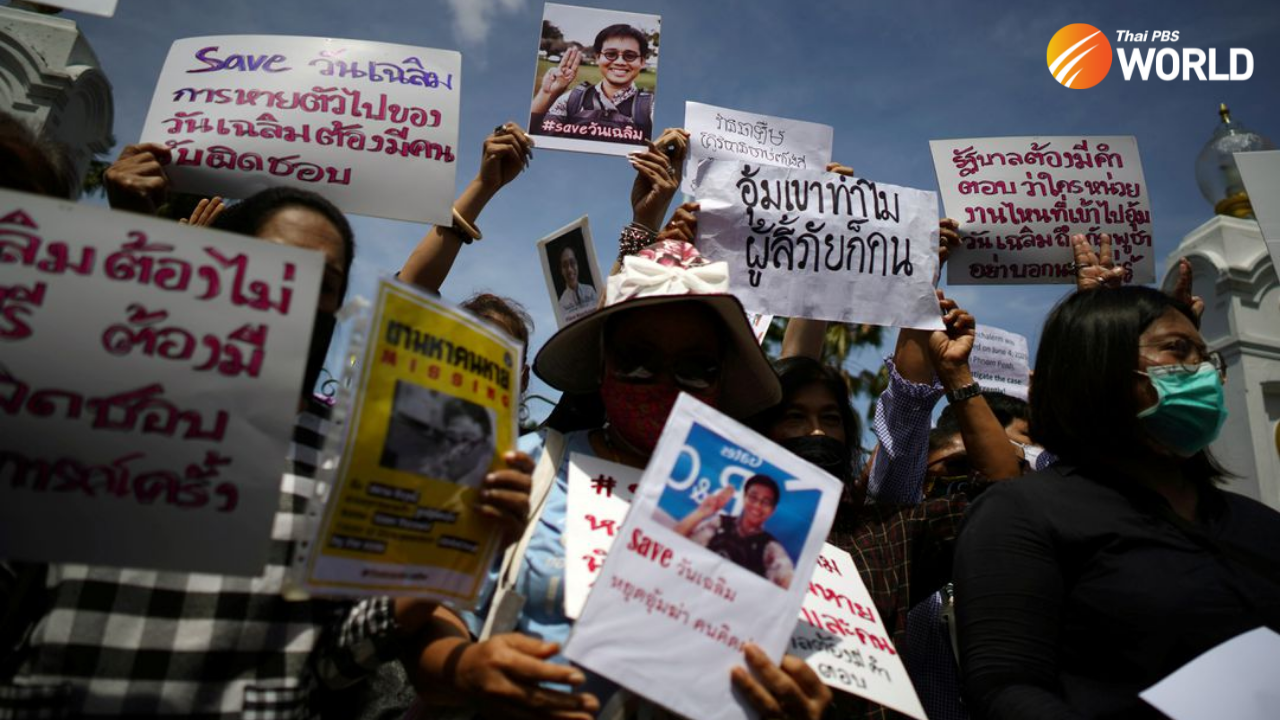 Activists hold up pictures of abducted Thai activist Wanchalearm Satsaksit as people gather in support of him during a protest calling for an investigation, in front of the Government house in Bangkok, Thailand, June 12, 2020. REUTERS/Athit Perawongmetha/File Photo

A draft bill designed to prevent and punish rogue state officials who abduct and torture suspects was initially approved by cabinet in 2016 but its progress stalled in the legislature.

Thailand signed an international convention on protection from enforced disappearance in 2012 but has not ratified the treaty.

A United Nations panel has recorded 82 cases of enforced disappearances in Thailand since 1980, while at least nine Thai dissidents who fled persecution in recent years have been abducted in neighbouring countries, according to the New York-based Human Rights Watch.

The progress of the latest legislation, of which one draft was approved by cabinet in June, coincides with the alleged torture and killing of a drug suspect by six police officer https://news.trust.org/item/20210826165948-cc27js that was caught on a security camera and went viral online last month.

“The torturing and disappearing of people by state officials is a gross violation of human rights and cannot be conducted under any circumstances,” justice minister Somsak Thepsutin told parliament.

For anyone found guilty of torture and enforced disappearances, proposed punishments include hefty fines and jail terms of 5 to 15 years, increased to 10 to 25 years if the victim is severely injured and 15 to 30 years or life in the event of their death.

“Torture has happened in many parts of the country but has never been recorded as legal cases because the act of state officials were not considered criminal,” said Pornpen Khongkachonkiet, director of the Cross Cultural Foundation, which monitors and documents torture and abuse.

The national assembly president, Chuan Leekpai, said a vote on the various draft bills will be held on Thursday. Lawmakers expect a final version to be passed early next year. 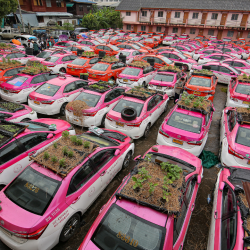 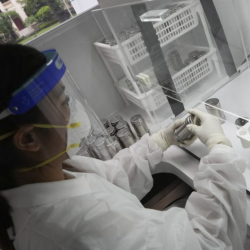