BANGKOK – The Prayut government is being called upon to formalise cross border humanitarian assistance to crisis-hit Myanmar through the Thai Red Cross.

The call was made at the third Thai foreign policy webinar series on “ASEAN’s Future and Crisis in Myanmar” last Thursday, jointly hosted by the Surin Pitsuwan Foundation, Chiang Mai University’s School of Public Policy, Thai PBS and Asia News Network. The session was moderated by Fuadi Pitsuwan from SPF.

The increase in assistance to Myanmar by Thailand is imperative, given the economic collapse and internal fighting, said Kavi Chongkittavorn, former editor of the Myanmar Times.

“Myanmar’s problems are fundamentally Thailand’s as well. Thailand and Myanmar are like “Eng and Chang”. The acts may be different, but they are the same,” he added.

Some 100,000 Myanmar people are reported to be at the Myanmar-Thai borders and the numbers could grow, as the dry season usually heralds a Myanmar military offensive against armed ethnic minority groups, some of which are providing training to the so-called People’s Defence Force to fight the junta.

Myanmar has also seen some 1 million internally displaced persons since the Feb 1st, 2021 coup, 30% of whom are going hungry. “The Prayut government cannot stand still. Borders must be reopened and Thailand can assist with support from the international community,” said Kasit Piromya, former Foreign Minister.

He said China has been active across its borders with Myanmar, via the Kachin State, through the Chinese Red Cross.

The Thai Red Cross has been in contact with the Myanmar Red Cross, but the Thai government has yet to lend its official support.

“Everyone is waiting. The ICRC, UNICEF. There is also the US$50 million funding from the US, as well as funds from Japan,” he added.

The Thai initiative, as a frontline state, is seen as vital as ASEAN is stuck with the five-point consensus, which the Myanmar military junta has failed to honour.

Sirada Khemanitthathai, a Chiang Mai University political scientist, said the Thai government should also hasten resumption of the Memorandum of Understanding on migrant workers, which was suspended after the border closure because of COVID-19, “and they should make registration easier, and at a reasonable cost too.”

The Thai government has been criticised over its apparent aloof engagement with Myanmar, designed to build trust with Naypyitaw. Supalak Ganjanakhundee, an independent researcher, said. The Prayut government has a problem identifying Thai interests relating to Myanmar, because of illiberal thinking based on a narrow definition of “security”.

He said Thailand has benefited from stability and security in Myanmar over the past 10 years, allowing for enhancement of cooperation, such as the Dawei mega projects.

Now, however, the disruption following the coup has affected some 150-200 Thai firms in Myanmar, some of which are involved with the two main military holding companies at risk of international sanction.

Supalak said the Thai military’s high hopes that the Tatmadaw (armed forces) would become “considerate” have not materialised, as evidenced by the intentional shelling of Thai soil during an attack on an armed ethnic group last May.

“It is best to have the power to negotiate. This should be the core policy of the Foreign Ministry,” he added.

Thailand’s foreign policy is described as being dominated by several players through a policy corridor. The dominating policy body is the National Security Agency, the military and its subsets of army regional commands and others, leaving the Foreign Ministry with little say.

Acting bilaterally, Supalak suggested that the Thai businesses, who may have come to know the Tatmadaw better than the Thai military, should, alongside civil society, join the military and government in engaging Myanmar’s military, National Unity Government and ethnic minorities.

The Foreign Ministry and the military should have a joint strategy in this engagement process.

Supalak called for a new diplomatic phase, which he coined as “complex engagement” with Myanmar. These would contain elements as such as non-coercion, open exchange in dialogue with all stakeholders and, most importantly, an exercise of liberal values.

The shared liberal values of “free politics, free market and guaranteed the rights of the people” must be embedded in the Thai foreign policy in addressing crisis in Myanmar, said Supalak

Kavi said that what Thailand can do better is to negotiate with or talk to all sides. Myanmar people have relations with Thai society at all levels. The goodwill earned from the treatment of Myanmar people should be recognised.

He also suggested that Thailand work closely with the new UN envoy to Myanmar, Noeleen Heyzer of Singapore, so that regional and global agenda on Myanmar can be synergised.

Sirida said the Myanmar people, immediately following the coup, had high expectations which have since evaporated. “They did everything because they also want the world to know. The NUG was formed to make the junta’s legitimacy difficult (to establish) and the PDF is a move from peaceful means to other alternatives.”

She said the NUG’s proposed Federal Democracy is something ASEAN and Thailand should look at closely, as a way out for the country in the long term.

Kasit said there is no question over the NUG or the Committee Representing Pyidaungsu Hluttaw’s legitimacy through the elections. “It’s the SAC (State Administration Council) which lacks legitimacy.”

“As long as we don’t speak about violence, rape and use of arms against the unarmed, which are “crimes against humanity”, and as long as the Thai or ASEAN governments maintain silence and do not point out that it violates the first of the five-point consensus, then we are accomplices,” he said.

“Regional issues have implications and have spillover effects on ASEAN unity and its image,” he said.

Kavi expressed his hope that Cambodia, as Chair of ASEAN next year, will return normality to Myanmar, as he believes that Prime Minister Hun Sen has “something to prove”.

“It will be his third and last time as Chair of ASEAN and he is in his 37th year in power. He also wants to prove that he is not a nominee of China.”

Supalak suggested that Thailand should be active in implementing the five-point consensus with Cambodia, as a “Friend of the Chair” on Myanmar.

Vietnam should be engaged, as its state enterprise, Vitel, has business in Myanmar and the Vietnam military probably know Myanmar’s military better than the Thais.

“A frontline state should act as such – as a pro-active facilitator and bridge builder,” he added. 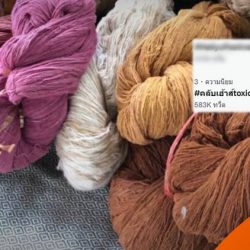 Clubhouse attacks on Isaan cause concern 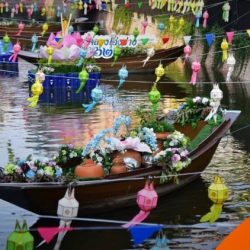