Thai exports for the month of January reached a three year high, growing by about 8% year on year and worth about US$21.25 billion, said Commerce Minister Jurin Laksanawisit today (Wednesday).

Imports for the same period rose by 20.5% year on year, with imports being worth about US$23.78 billion, resulting in a US$2.52 billion trade deficit.

The growth in Thai exports was attributed to increased demand for Thai products in the United States, Indian, Russian, South Korean and the United Kingdom markets, global economic recovery, an easing of the shortage of cargo containers and cooperation between the private and government sectors, said Jurin.

He pointed out that the increased value of imports was largely due to the energy price increase and the importation of raw materials for conversion into finished products for re-export.

The minister also said that he had invited members of the private and public sectors for discussions today about the escalating war in Ukraine.

The meeting agreed that the conflict will not have much of an impact on Thailand, as Thai exports to Russia represent just 0.38% of all Thai exports worldwide, while exports to Ukraine account for just 0.04%.

Energy imports may be affected by price increases and Thai exports to Russia may not be possible due to the closure of sea ports.

Jurin said that, if the war in Ukraine drags on, the Commerce Ministry will explore new export markets in the Middle East, Latin America or Africa. 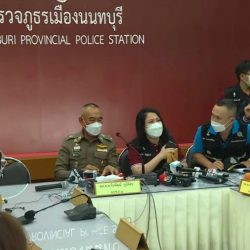 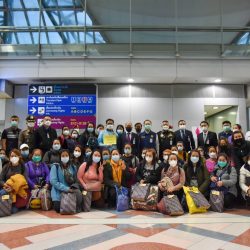