The Thai Economic party has decided to leave the government to send a clear message to the public that the party is no longer allied with the administration of Prime Minister Prayut Chan-o-cha.

Deputy Leader and Strategic Chief of the Thai Economic party, Wichit Plangsriskul, said today (Tuesday) that the party believes that its loss in the by-election in Constituency 4 of Lampang on Sunday, to the opposition Thai Liberal party, was partially due to being a government coalition partner.

He said he has discussed the issue with two other party members, party-list MP Boonsing Warinrak and Kamphaeng Phet MP Pai Leeke, and it was agreed that, to send a clear message to the public, that the party is no longer a part of the government, the two MPs should resign the government whip.

“We are now an independent party,” declared Pai.

The party’s withdrawal from the government is unsurprising, because the party’s loyalty was not with the government from the start, especially its leader Thammanat, who has been at odds with Prime Minister Prayut Chan-o-cha.

Led by former deputy agriculture minister and former secretary-general of the Palang Pracharath party, Thammanat Prompao, the Thai Economic party is mostly comprised of dissident MPs of the ruling Palang Pracharath party, who were sacked in January this year after they demanded a restructuring of the party and reportedly a ministerial post, with a threat that they might resign en masse if their demands were not met.

It is believed that the group had set their eyes on the Ministry of Natural Resources and Environment portfolio, a portfolio currently held by Varawut Silpa-archa of Chart Thai Pattana, another coalition party. 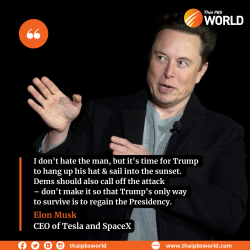