The cabinet decided today (Tuesday) to extend the excise tax cut of five baht per litre of diesel fuel for two more months, from September 21st to November, in order to ease the burden on consumers currently being affected by the high cost of living, according to Finance Minister Arkhom Termpittayapaisith.

The cabinet also agreed to maintain the zero rate of excise tax on bio-diesel and bunker oil used in generating electricity for six additional months, from September 16th to March 15th next year.

Excise Department Director-General Ekniti Nitithanprapas said that the tax cut is necessary for a certain period of time to ease the burden on the consumers and businesses, as diesel is the main fuel for transportation and industry.

Also, he pointed out that the devaluation of the baht against the US dollar will increase the cost of imported oil, adding that if oil prices were to be increased, it would have widespread impacts on consumers and businesses alike. 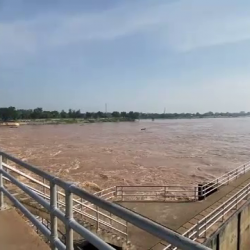