Thai borders to open up after mass vaccinations

After the mass vaccination rollout, governments and the public are looking forward to the reopening of borders, just like the “sandbox” project Thailand has just launched on Phuket island.

Some countries have been trying out the same or similar ideas, with varying degrees of success.

One of the first such countries is New Zealand, which is regarded as having handled the COVID-19 situation well. Since the early days of the pandemic, New Zealand and Australia have been studying the possibility of a bilateral travel “bubble”.

After a number of deferrals, the plan was put into practice in April, only to be suspended roughly six weeks later, following the resurgence of cases in Australia.

The plan now is for the “bubble” to resume next week, leaving the high-risk state of New South Wales out of it.

Meanwhile, the European Union is coordinating among its member states, to ensure their citizens can retain the right to freedom of movement.

A majority of EU member states issue Digital COVID Certificates (EUDCC) to enable their citizens to travel within the bloc.

The system is designed to facilitate safe travel by verifying the pass holder’s coronavirus status, whether through vaccination, a recent negative test result or proof of recovery from infection.

If the travellers meet the requirements, they can travel within the participating countries with no restrictions.

Travellers from countries outside the EU, listed in the so-called ‘white list’, are also welcomed without quarantine.

Several other countries have shown interest in opening up their borders during the pandemic, under the concept of the ‘travel bubble’, including Singapore, Hong Kong, South Korea, to name but a few. Currently, they are only at the stage of talks and none of them have turned the idea into reality.

Rather, the opening of the borders is done more unilaterally, by accepting individual travellers who meet certain conditions, such as showing a negative COVID-19 test result and a vaccination certificate, or travelling from a low-risk country.

As the risk remains, international tourism arrivals are set to stagnate this year, except in some Western markets, causing up to $2.4 trillion in losses, a U.N. study said on Wednesday, adding the sector is not expected to rebound fully until 2023. 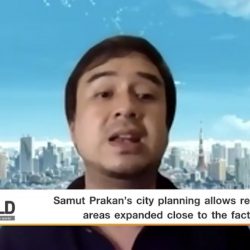