The Royal Thai Army (RTA) is considering delaying plans to send troops for overseas training, due to safety concerns, after 9 of the 151 troops returning from a training course in Hawaii were found to be infected with COVID-19.

General Nathapon Srisawat, special advisor to the RTA and director of the RTA’s Centre for the Management of the COVID-19 Situation, said today that the infections among the returning troops should serve as a lesson regarding their safety and overseas training.

The 151 troops are due to return to the US for further training and assessment in the state of Louisiana during September and October.

General Nathapon said, however, that it is likely that the second tour will be delayed.

As for the rotation of Thai army engineering units through South Sudan, scheduled for September or October, he said that, although none of the Thai troops there are infected with the virus, and the preventive measures there are satisfactory, such measures must be intensified to ensure greater safety for the troops being sent there, because of the high risk of infection in the country. 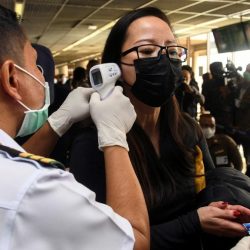