Financially-strapped Thai Airways International (THAI) is seeking 50 billion Baht worth of capital from both the government and private financial institutions to boost its liquidity, so the struggling airline will be able to stay afloat and expand its operations, after the Central Bankruptcy Court approved its rehabilitation plan today (Tuesday).

THAI’s acting CEO Charnsilp Trinuchakorn told the media today that the national flag carrier will need 50 billion baht capital over the next three years to resume operations, after the airline cut costs substantially, by reducing its workforce by half and other expenses.

He said the airline hopes to free itself from the obligations of the rehabilitation plan in five years, although it has the option to extend the plan, one year at a time, for two years, adding that the airline is ready to sell off some of its property or to use its property as a collateral to guarantee loans.

Mr. Charnsilp also said that the court’s approval of the rehabilitation plan means that, from now on, the airline will be overseen by a team of plan administrators, including former THAI CEO Piyasvasti Amranand, Pornchai Thiravech, Siri Chirapongphan, Kraisorn Barameeauychai and Mr. Charnsilp himself.

He said he is optimistic that the COVID-19 situation in the third and fourth quarters of this year will improve, with the government’s mass vaccination program underway and the launch of the “Phuket Sandbox” project in July where fully vaccinated tourists can visit Phuket without quarantine requirements, with the likelihood that the same model will be adopted in other tourist destinations.

In order to obtain the required loans, he said THAI may have to use its head office on Vibhavadi Rangsit highway and other properties as collateral.

Regarding THAI’s total debts, Mr. Chai said that the actual amount is being worked out, but he said that the contract to lease 16 planes will be cancelled and the entire fleet will be reduced from 102 to 60 aircraft, six owned by THAI and the rest on lease contracts.

Mr. Non Klintha, who is in charge of commercial operations, said THAI has not completely suspended all its operations in the wake of the COVID-19 pandemic, which saw an almost complete halt in foreign arrivals.

He said the airline is operating 100-200 cargo flights per month and that is expected to increase to 400-500 flights at the end of the month.

About 100 passengers have booked seats for the maiden flight between Frankfurt and Phuket on July 3rd, said Mr. Non, adding he expects the passengers to increase to 1,000 a day. 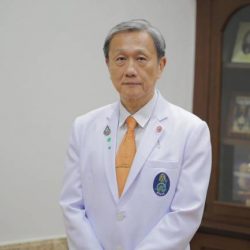 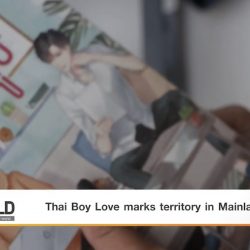