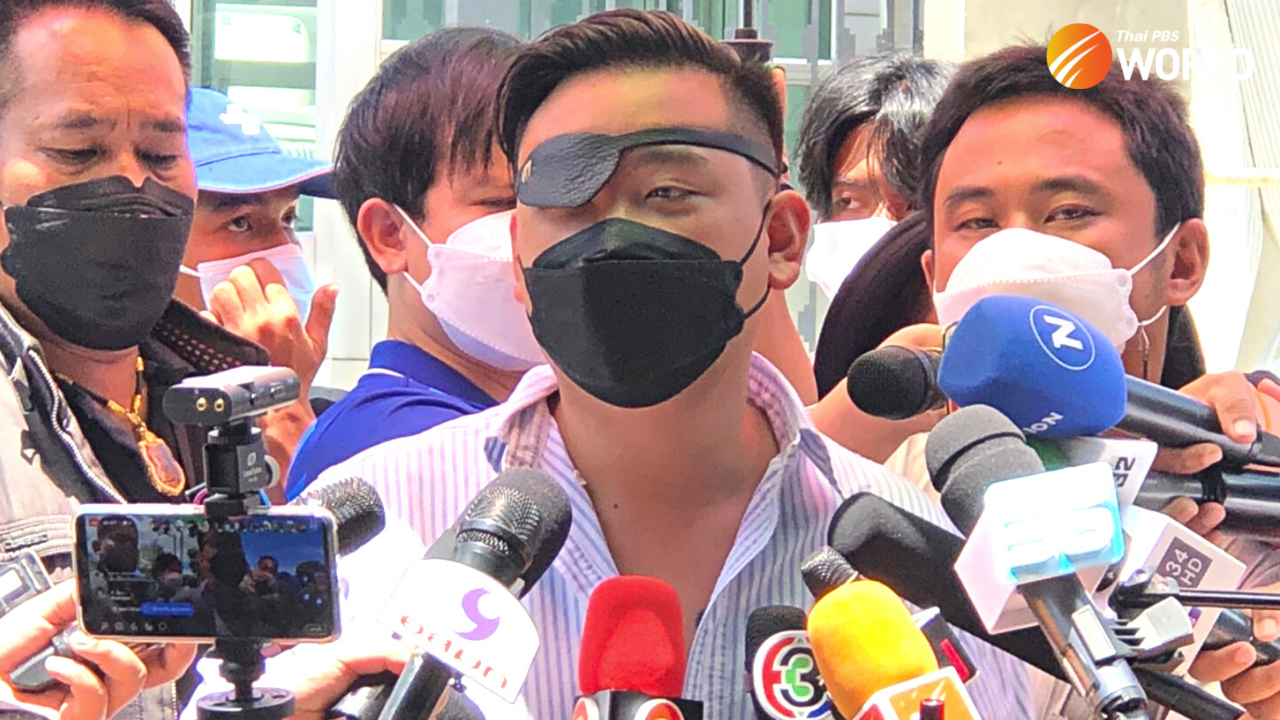 Tanat Thanakitamnuay was addressing a crowd of anti-government protesters in Bangkok on August 13 when he was hit by a projectile that his family says permanently blinded him in one eye.

The incident occurred near Din Daeng intersection, a hotspot of tense confrontations and clashes between crowd-control police and young demonstrators calling for the resignation of Prime Minister Prayut Chan-o-cha.

Also known as “Hi-so Look Nat”, 29-year-old Tanat became the first high-profile protester to fall victim to what his supporters describe as police brutality after anti-Prayut demonstrators returned to the streets in early August.

His family and supporters are convinced that Tanat was hit by a tear gas canister or rubber bullet fired by police. That claim was rejected by Metropolitan Police, who argued that the wound inflicted on his eye socket resembled the slingshot injury incurred by a crowd-control policeman recently.

Tanat’s family announced on his Facebook account last Thursday that he sustained a semi-circular cut to his right eyebrow, apparently caused by the impact of a blunt cylindrical object. His doctors concluded that he has lost sight in his right eye permanently, the statement added.

Tanat first made headlines in 2010 when, as an 18-year-old, he drove his Porsche into a crowd of red-shirt protesters. He later denied having any intent to harm them.

The young man was featured in a VICE News report titled “Driving Ferraris with the Thai Royalists” released on YouTube in April 2014. The 25-minute video about “the rich and powerful royalists of Bangkok” described him as a Ferrari-driving multimillionaire leader of the PDRC.

In 2019, Tanat contested in the general election as a Democrat Party candidate but failed to get elected. He left the party after its MPs voted to support coup leader Prayut as prime minister after the election.

Tanat drew the media spotlight again in early August when he led a “car mob” rally through Bangkok’s wealthy Thong Lor neighborhood calling for Prayut’s resignation. In its August 9 report on the event, VOA News called him a “former royalist hardliner”.

Earlier, he wrote an “apology to the Thai people” in a Facebook post dated July 30. “I am ashamed that I was partly responsible for bringing Thailand to this low ebb today,” he said.

Describing himself as a “reformed salim”, Tanat also apologized to ousted prime minister Thaksin Shinawatra and his sister ex-PM Yingluck for insulting them during his time as a PDRC protester. He said he had been misinformed about them. Both siblings now live in self-exile overseas after fleeing corruption charges brought in the aftermath of military coups against their governments.

Protesters use the slang term “salim” to refer to conservatives, royalists, supporters of the Prayut government, and basically everyone who disagrees with the anti-establishment movement.

On August 22, shortly after being discharged from hospital, Tanat rejoined the street protest sporting a grey suit, a camera around his neck, and an eye patch. This getup was viewed by many as a stunt aimed at mimicking the late King Bhumibol Adulyadej. But Tanat denied he was mocking anyone. Among the demands of anti-establishment protesters is reform of the monarchy to make it more accountable and transparent.

His quick recovery from the supposedly serious injury also led to skepticism among some critics, who challenged him to prove he was actually blinded in one eye.

Tanat is often described by the media as “the scion of the family that controls Noble Development PCL”, a leading property developer in Thailand. However, the company – which is listed on the Stock Exchange of Thailand – said in a statement dated July 30 that none of Tanat’s family members are major shareholders or hold executive positions.

Noble said Tanat’s father Kitti, the company’s founder, only holds an honorary position as “chairman emeritus” of the company.

Records show Tanat is a major shareholder and board director of a telecoms firm and a property business that are both in the red, according to Isra News. 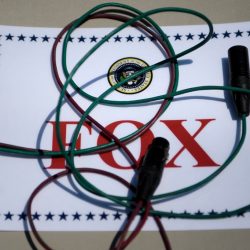