Taliban advance on major Afghan cities as US, UK troops to aid evacuations 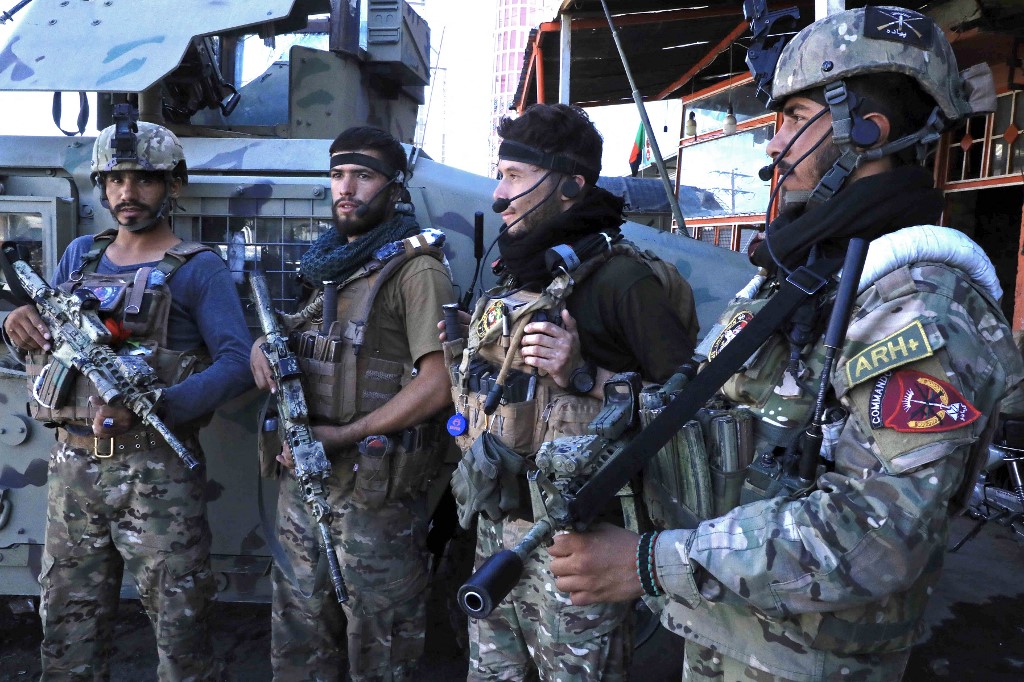 KABUL (Reuters) – The United States and Britain said on Thursday they would send thousands of troops to Afghanistan to help evacuate civilians, as the Taliban stood poised for their two biggest military victories since they began a broad offensive in May.

In response to the militants’ swift and violent advances that are further loosening the Afghan government’s hold on the country, the Pentagon said it would temporarily send about 3,000 extra troops within 48 hours to help evacuate embassy staff.

Britain said it would deploy around 600 troops to help its nationals and local translators get out.

While it is common for the U.S. military to send in troops to evacuate personnel in combat zones, the reinforcements will fly in just weeks before the departure of the last of the U.S.-led international force that has had a core role in maintaining security in the country.

South and west of Kabul, the country’s second- and third-largest cities were on the verge of being seized by the Taliban.

The fall of major cities was a sign that Afghans welcome the Taliban, a spokesperson for the group said, according to Al Jazeera TV. The Taliban were ousted by U.S.-led troops in 2001 after the Sept. 11 attacks on the United States.

The Islamist group claimed control over Herat close to the Iranian border, and a diplomatic source and a witness said it also appeared close to capturing Kandahar in the south, the spiritual home of the group that now controls about two-thirds of the country.

Earlier in the day, the Taliban established a bridgehead within 150 km (95 miles) of Kabul.

As the United Nations warned that a Taliban offensive reaching the capital would have a “catastrophic impact on civilians,” the United States, as well as Germany, urged their citizens to leave Afghanistan immediately.

In Qatar, international envoys to Afghan negotiations called for an accelerated peace process as a “matter of great urgency,” and for an immediate halt to attacks on cities.

‘WE ARE RETURNING TO A DARK TIME’

If its capture is confirmed, Herat would be the 10th provincial capital – and the most significant – that the Taliban have taken in the past week.

“As you can see, we are inside the Herat police headquarters right now,” a Taliban fighter said in a video that the group’s spokesperson, Qari Yousuf Ahmadi, shared.

In Kandahar, most parts of the city were under the group’s control but fighting was still going on, a Taliban commander told Reuters.

A women’s rights activist there, who asked not to be named for security reasons, said heavy clashes were under way and only the city’s military bases and airport remained under government control.

She felt certain that restrictions imposed on women by the Taliban when the group ruled the country from 1996-2001 would return.

“We can no longer talk about women’s rights. We are returning to a dark time where there is no hope,” she said.

Earlier on Thursday, the Taliban captured Ghazni, situated on the Kandahar-to-Kabul road some 150 km (90 miles) southwest of the capital.

On Wednesday, a U.S. defense official cited U.S. intelligence as saying the Taliban could isolate Kabul in 30 days and possibly take it over within 90.

The speed and violence of the Taliban offensive have sparked recriminations among many Afghans over President Joe Biden’s decision to withdraw U.S. troops and leave the government to fight alone.

Biden said on Tuesday he does not regret his decision, noting that Washington has spent more than $1 trillion over 20 years in America’s longest war and lost thousands of troops. He added the United States continues to provide significant air support, food, equipment and salaries to Afghan forces.

Al Jazeera reported a government source saying it had offered the Taliban a share in power if the violence stopped. It was not clear to what extent the reported offer differed from terms already discussed in Qatar.

Taliban spokesperson Zabihullah Mujahid said he was unaware of any such offer but ruled out sharing power.

“We won’t accept any offer like this because we don’t want to be partner with the Kabul administration. We neither stay nor work for a single day with it,” he said.

In a deal struck with former U.S. President Donald Trump’s administration last year, the insurgents agreed not to attack U.S.-led foreign forces as they withdraw. The Taliban also made a commitment to discuss peace.

But intermittent talks with representatives of the U.S.-backed government have made no progress, with the insurgents apparently intent on a military victory.

The international envoys in Doha, who met with Afghan government negotiators and Taliban representatives, also reaffirmed that foreign capitals would not recognise any government in Afghanistan “imposed through the use of military force.”

Given the speed of the Taliban‘s advance, prospects for diplomatic pressure to affect the situation on the ground seemed limited, although the Taliban spokesman told Al Jazeera: “We will not close the door to the political track.”

Critics said the rapid erosion of Afghan government-held territory and the hasty American evacuation called to mind the fall of Saigon during the Vietnam War.

“This is a huge foreign policy failure with generational ramifications just shy of seven months into this administration. Everything points to a complete collapse,” said former State Department spokesperson Morgan Ortagus. US population identifying as 'white' drops for first time