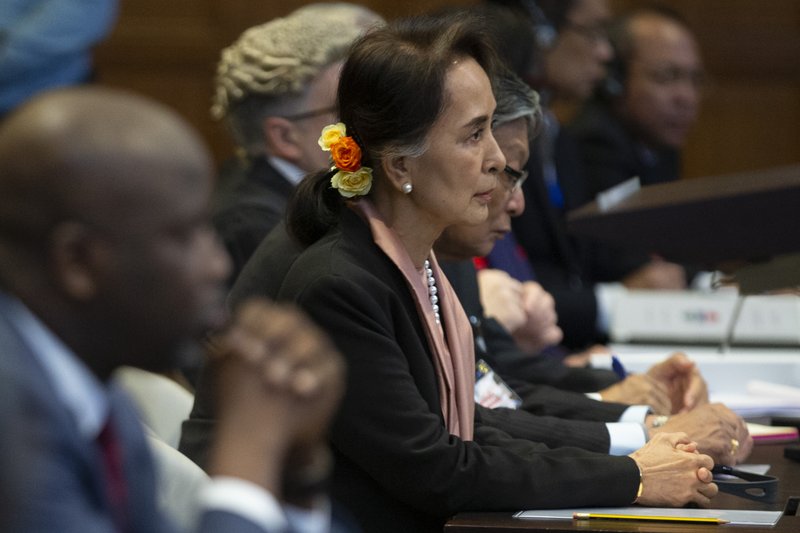 Myanmar’s leader Aung San Suu Kyi and Gambia’s Justice Minister Aboubacarr Tambadou, left, listen to judges in the court room of the International Court of Justice for the first day of three days of hearings in The Hague, Netherlands, Tuesday, Dec. 10, 2019. Aung San Suu Kyi will represent Myanmar in a case filed by Gambia at the ICJ, the United Nations’ highest court, accusing Myanmar of genocide in its campaign against the Rohingya Muslim minority. (AP Photo/Peter Dejong)

Representing Myanmar as foreign minister before the International Court of Justice, Suu Kyi will lead her country’s defense of an armed forces’ campaign against Rohingya Muslims in August 2017, which was launched in response to an insurgent attack.

More than 700,000 Rohingya fled to neighboring Bangladesh to escape what has been described as an ethnic cleansing campaign involving mass rapes, killings and the torching of homes.

Wednesday’s hearing, expected to last about three hours, will see Suu Kyi defend the very armed forces that kept her under house arrest for about 15 years. She was awarded the 1991 Nobel Peace Prize in absentia for championing democracy and rights under Myanmar’s then-ruling junta.

A legal team from Gambia — acting on behalf of the 57-country Organization of Islamic Cooperation — has asked the world court in The Hague to take “all measures within its power to prevent all acts that amount to or contribute to the crime of genocide” in Myanmar.

On Tuesday, Justice Minister Aboubacarr Tambadou urged the court to “tell Myanmar to stop these senseless killings, to stop these acts of barbarity that continue to shock our collective conscience, to stop this genocide of its own people.”

The hearings are scheduled to end on Thursday. 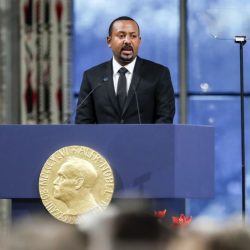