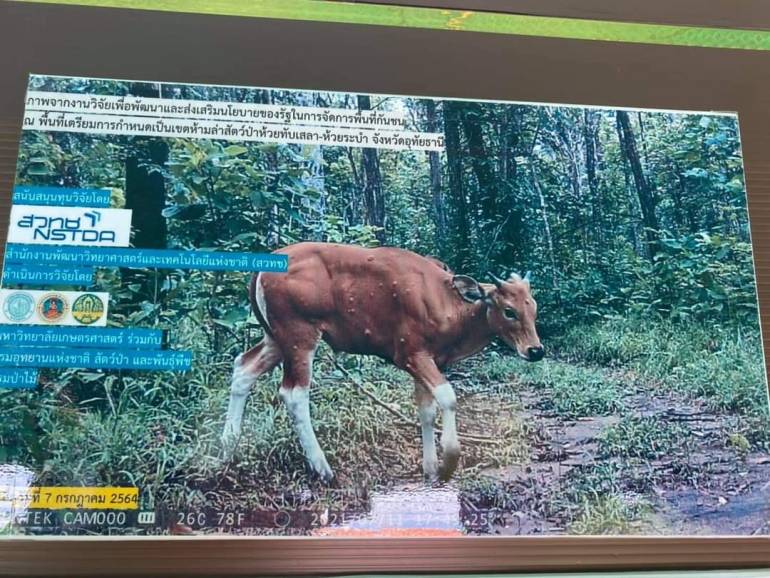 Photo from Ministry of Agriculture and Cooperatives

At least nine banteng, or Bali Cattle in Huai Kha Khaeng wildlife sanctuary in Thailand’s Uthai Thani province are thought to be infected with Lumpy Skin Disease (LSD) and a team of veterinarians has been sent to investigate, according to Mr. Sompong Thongseekhem, director of the Office of Wildlife Conservation, Department of National Parks, Wildlife and Plants Conservation.

Mr. Sompong said that camera traps, installed in the Huay Tap Salao-Huay Rabum no-hunting zone, about ten kilometres from the sanctuary, have captured images of at least nine banteng, with multiple nodules on their skin, thought to be symptoms of LSD.

Lumpy skin disease (LSD) is an infectious disease in cattle, caused by a virus of the Poxviridae family.  The disease is characterized by fever, enlarged superficial lymph nodes, multiple nodules on the skin and mucous membranes. The infected cattle may also develop edematous swelling in their limbs and exhibit lameness.

He added, however, that the infected banteng are not in a serious condition yet and medication is on its way with the veterinarians.

He went to say that park officials at all national, parks such as the Kui Buri national park in Prachuap Khiri Khan and the Paeng Ma hunting-free zone in Nakhon Ratchasima, have been alerted to keep watch for the possible spread of LSD among wild cattle species, such as banteng and wild buffalo, from domesticated cattle.

The disease is caused by blood-sucking flies which prey on domesticated cattle and then spread the virus to wild animals.

The national parks chief said that, although the wild cattle are more resistant to the disease, there is no cause for complacency as the banteng, guar and wild buffalo are the last known herds in Thailand.

Mr. Thanit Nuyim, director of Conservation Area 12 office in the central province of Nakhon Sawan, which is adjacent to Huai Kha Khaeng wildlife sanctuary, said that villagers had been warned not to bring their cattle into the conserved forest for grazing, due to the risk of LSD.

One gaur died of LSD at the Kui Buri national park last week. 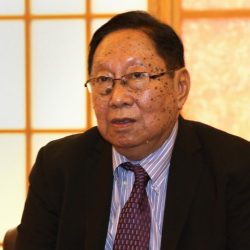 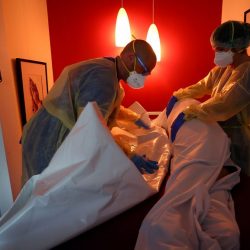