Suspect in Swiss tourist’s death in police custody in Phuket Police are holding a man in custody for questioning in connection with the death of a Swiss tourist, who is thought to have been murdered on Thursday near Ton Ao Yon waterfall in Muang district of Phuket.

The suspect was identified as a native of Village 3 in Pa Klork sub-district of Thalang district on Phuket.

Pol Gen Suwat Jaengyodsook, the national police chief, who is currently on Phuket to supervise police investigation into the death of Ms. Nicole Sauvain-Weisskopf, who was an assistant protocol chief of the Federal Assembly of Switzerland, told the Thai media today (Saturday) that the suspect has confessed that he murdered the victim.

According to the police, the suspect went to the forest near the waterfall to search for wild orchids and, when he saw the victim alone, he assaulted her. A formal press conference is scheduled for 10am tomorrow at Wichit police station.

Local police, with the support of Bangkok-based Crime Suppression Division officers, combed the waterfall and its adjacent areas for evidence. They also questioned many people at two worker camps and in villages in the area and examined CCTV footage along the route the victim had walked, from her hotel to the waterfall about a kilometre away, about two days before her body was found. 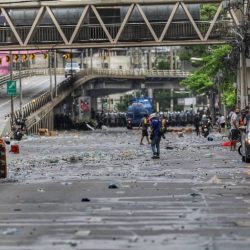 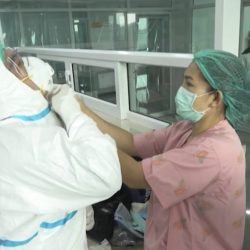