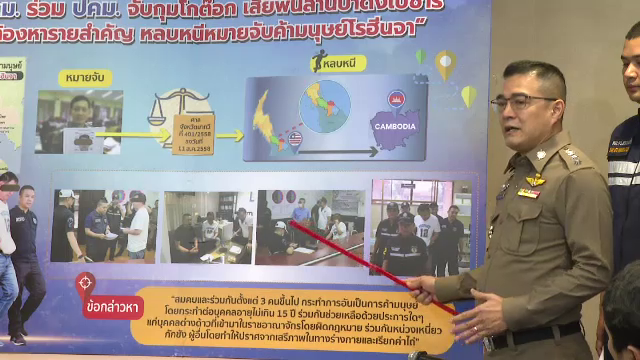 One of the key suspects, wanted by the police for alleged involvement in the trafficking of Rohingya migrants from Myanmar into southern Thailand four years ago, has been arrested in Cambodia and handed over to Thai immigration police.

The suspect, Mr. Supat “Kotok” Santipiyakul, was among 148 people, including a former army advisor Lt-Gen Manat Kongpaen, was allegedly involved in the human trafficking and illegal detention of the Rohingya migrants at a border camp in Padang Besar of Hat Yai district in the southern province of Songkhla.

Pol Maj-Gen Surapong Chaichan, deputy commissioner of the Immigration Bureau, said today (Sunday) that Supat denied the trafficking charges but admitted he knew Lt-Gen Manat because they used to do business together.

When police rounded up most of the suspects four years ago, Supat escaped the dragnet and reportedly fled to Cambodia, where he had business connections.

Earlier on Wednesday, the Appeals Court increased the jail terms for most of the defendants convicted by the lower court for human trafficking.   Lt-Gen Manat, for instance, had his jail term increased from 27 to 87 years. 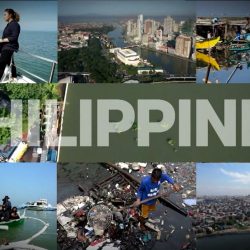 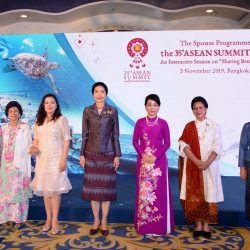