The Criminal Division for Political Office Holders of the Supreme Court has ordered Palang Pracharat MP for Ratchaburi province, Pareena Kraikupt, to stop performing her duties as a legislator from today.

The order came after the court agreed to accept a petition, from the National Anti-Corruption Commission (NACC), for the court to consider its allegation that Pareena had committed a gross violation of ethical conduct by encroaching on forest reserves in Ratchaburi province.

The suspension of duty is in line with the organic law, which states that an MP must stop performing his or her duty as an MP after the court accepts a case in which an MP is accused of a gross violation of ethical conduct.

Pareena asked the court to allow her to continue to perform her MP duties, claiming that she had already returned the land, on which she had allegedly encroached, to the state, but the court rejected her petition.

The rules of ethical conduct specify that an MP must not commit any act which could be deemed to create a conflict of interest causing damage to the dignity of a legislator.

In February last year, the NACC found Pareena had encroached on forest reserves, as charged by the police’s Natural Resources and Environmental Crime Division.

Meanwhile, the Director-General of the Royal Forest Department, Adisorn Nuchdumrong talked to Thai PBS today that they have been informed about Pareena’s case.

When being asked whether there are other politicians who also encroach on forest reserves, the director-general revealed that they have received a number of complaints. So from now on, the Royal Forest Department will set up a committee to investigate this matter.

Pareena is not the only MP who is being investigated on this issue. Previously, there have been reports that the NACC is investigating 13 MPs, both government MPs and opposition MPs for allegedly encroaching on forest reserves as well. 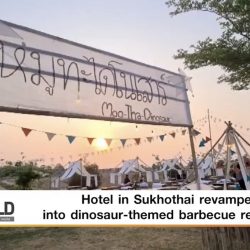 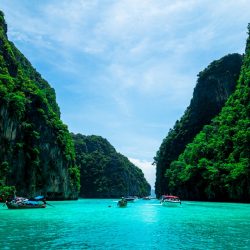 Will the Phuket Tourism ‘Sandbox’ save Thailand’s holiday island?