Mangkhut has weakened since blasting into the Philippine coast on Saturday, but was packing sustained winds of 175 kilometres per hour (110 miles per hour) as it hurtled toward China’s heavily populated southern coast.

The city’s observatory warned that Mangkhut would pass 100 kilometres south of Hong Kong at around midday (0400 GMT) local time as it raised the storm alert to its highest level.

Water levels in the famous Victoria Harbour and fishing villages could surge by up to four metres, authorities said, and hundreds of residents have been evacuated to storm shelters as the observatory forecast severe flooding for low-lying areas.

Shop windows were taped up and the normally traffic-clogged streets were deserted as the storm drew nearer.

The government has warned people to stay indoors but some were strolling in the park or along the waterfront Sunday morning. 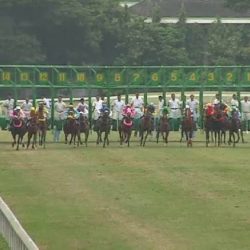