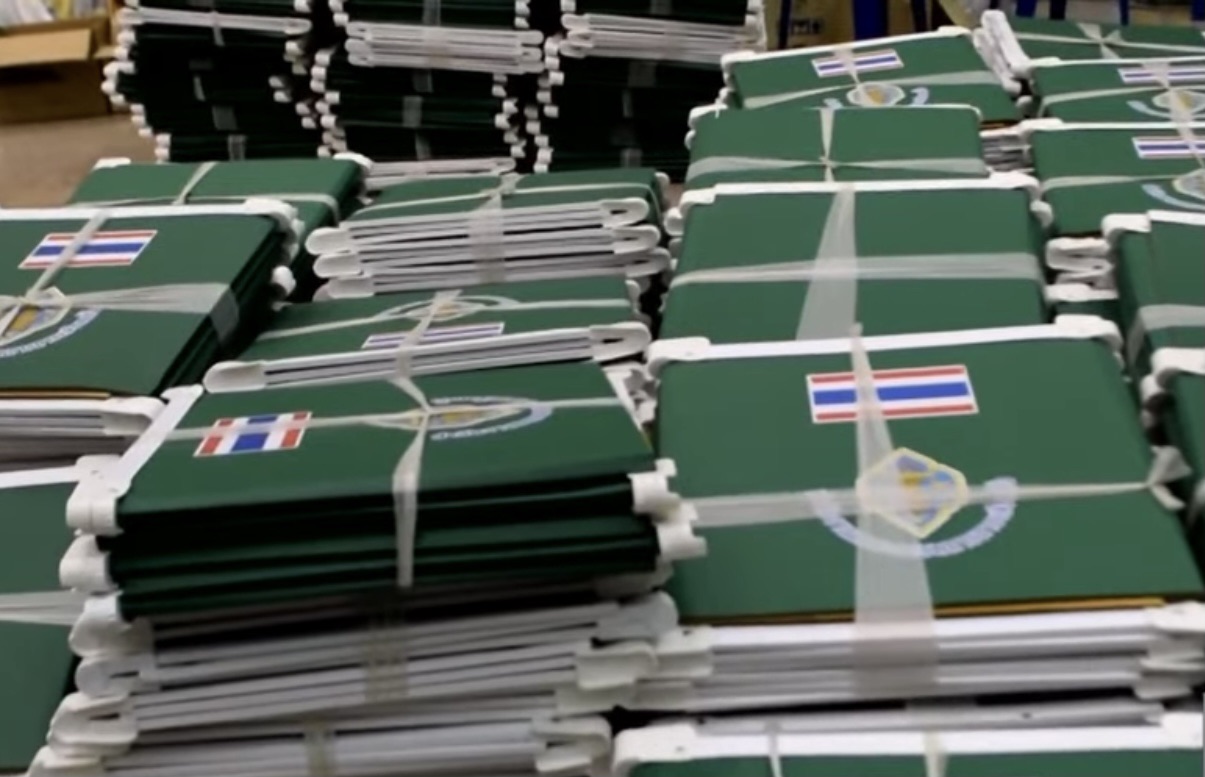 Voters around Thailand go to the polls this coming Sunday (December 20) to elect chiefs and other members of provincial administrative organisations (PAOs).

The first local elections since 2012 come after political activities were suspended following the May 2014 military coup.

Chiefs and other members of PAOs who completed their four-year terms while the post-coup junta was in power had their tenures extended, unless they were suspended on corruption or other charges.

All 76 provinces go to the polls on Sunday, excluding Bangkok. A total of 331 candidates will vie for 76 PAO chief’s seats, while 8,070 candidates will contest for PAO member seats, which range from 24 to 48 per province depending on population size.

As usual, candidates from locally influential political families are expected to secure their seats easily – though some will face a fresh challenge. 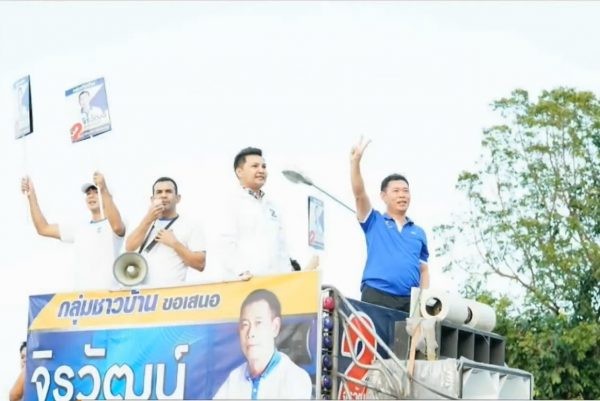 Local political clans have long dominated provincial politics, thanks mainly to their strong connections with national parties and the powers-that-be.

However, several of their incumbents are facing a serious challenge from candidates affiliated with the Progressive Movement – a popular political group led by tycoon-turned-politician Thanathorn Juangroongruangkit.

The Progressive Movement is making its debut in local politics, fielding candidates for PAO chief in 42 provinces. 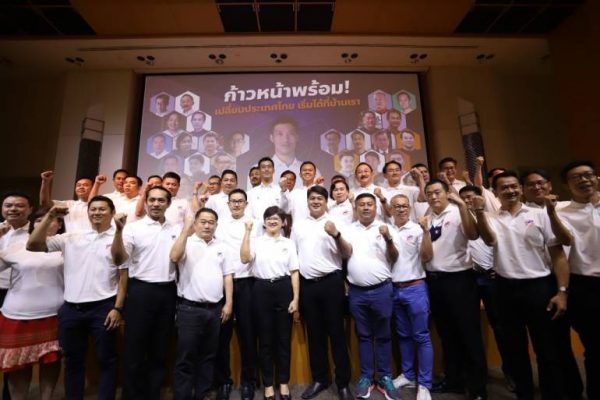 The political group is aiming to repeat the success of Thanathorn’s Future Forward Party, which came third in last year’s general election, winning 81 of the 500 MP seats in its first campaign for office.

Analysts say the Progressive Movement, relying on Thanathorn’s popularity, has livened up the PAO elections. And Thanathorn is betting on young voters to build a strong support base for his political future.

Stithorn Thananithichot, director of the Innovation for Democracy Office at King Prajadhipok’s Institute, said the Progressive Movement is catching voters’ attention with its rousing campaign call to “stand up and change your province”.

However, the deciding factor in PAO elections is still the existing support base, he added. “Candidates with a strong network of local support have a better chance of winning,” he said.

Thanathorn and other ex-Future Forward executives formed the Progressive Movement after the party was dissolved by a court ruling in February for violating funding rules. The former party executive members were also banned from politics for 10 years – during which they are not allowed to register, set up, help found or be executives of any political party.

Hence, Thanathorn and his allies have opted to campaign for election candidates affiliated with the Progressive Movement. However, on the campaign trail they have faced protests from local royalist groups, who have branded the movement enemies of the monarchy. 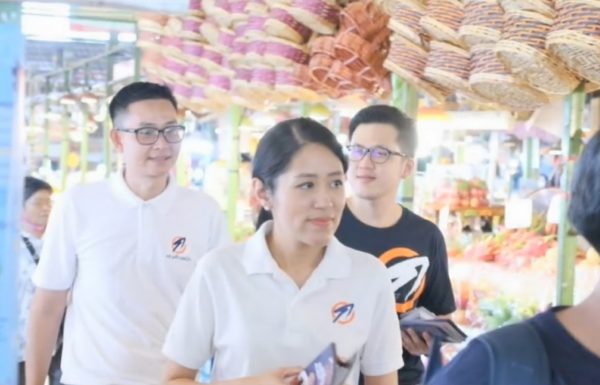 Thanathorn and other key Progressive Movement leaders, namely Piyabutr Saengkanokkul and Pannika Wanich, are accused of pulling the strings of young anti-establishment protesters who are calling for reform of the monarchy.

Another headache emerged for Thanathorn in the run-up to the PAO polls when his younger brother Sakulthorn was linked to a corruption case, in which a Crown Property Bureau official was found guilty of accepting Bt20 million in bribes.

Certain provinces are experiencing exceptionally fierce election battles. In a “clash of the titans” underway in Chiang Mai, the Shinawatra family is throwing its support behind a challenger to the incumbent PAO chief. 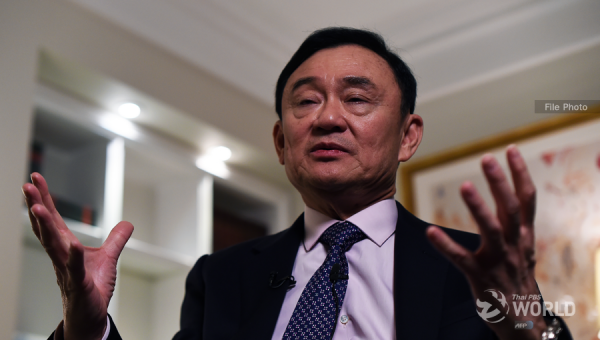 Fugitive former premier Thaksin Shinawatra posted a handwritten message on Facebook to Chiang Mai residents, asking them to vote for his preferred candidate, Pichai Lertpong-adisorn. Thaksin said he had “been abandoned by some politicians” – which observers said was a veiled reference directed at Chiang Mai’s incumbent PAO chief, Boonlert Buranupakorn.

The letter was signed by Thaksin and his sister, fellow ex-PM Yingluck, both of whom hail from the northern city. Pichai has also reportedly won a stamp of approval from Yaowapa Wongsawat, also Thaksin’s sister.

Pichai is among Pheu Thai candidates for the PAO chief’s post in 25 provinces.

Boonlert has been accused of betraying his long-held ties with the Shinawatras and defecting to the ruling Palang Pracharath Party.

The allegations have been dismissed by Pheu Thai politician and red-shirt leader Jatuporn Prompan, who is aiding Boonlert’s campaign for re-election in Chiang Mai.

Jatuporn also accused an unnamed “Big Sister” of “messing up Chiang Mai in the same way she did with the governments of Thaksin and Yingluck”.

Some analysts view Thaksin’s rare plea to Chiang Mai voters as a sign that Pheu Thai is at a serious disadvantage in the local polls.

“There are signs that Pheu Thai candidates are behind their rivals from the government camp. Thaksin had to write a letter to ask for votes in Chiang Mai. That is a sign of political decline,” said political scientist Olarn Thinbangtieo from Burapha University.

Officially, the core coalition Palang Pracharath Party is not fielding any candidates. However, many local politicians are contesting the PAO polls under newly-formed groups with names containing the word “Pracharath”. Analysts say this signals a link with the ruling party.

Among other major coalition parties, Bhumjaithai is not officially fielding any candidates while the Democrats have candidates in two southern provinces – Songkhla and Satun.

Although the 331 candidates in the PAO chief elections are contesting as independents, more than two-thirds are linked to either a coalition or opposition party, according to research company Rocket Media Lab.

The PAOs have been allocated a combined budget of Bt91 billion in fiscal 2021, or 2.8 per cent of the total Bt3.2 trillion national budget.

Thanks to their power over the lives of local residents, PAO chiefs and members serve as a link to large support bases for national politicians.

The nationwide PAO elections are also big test of popularity before the next general election. Results involving candidates linked to political parties or groups are seen as an indication of their performance in the next parliamentary elections. 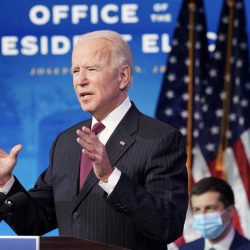 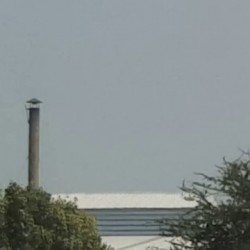