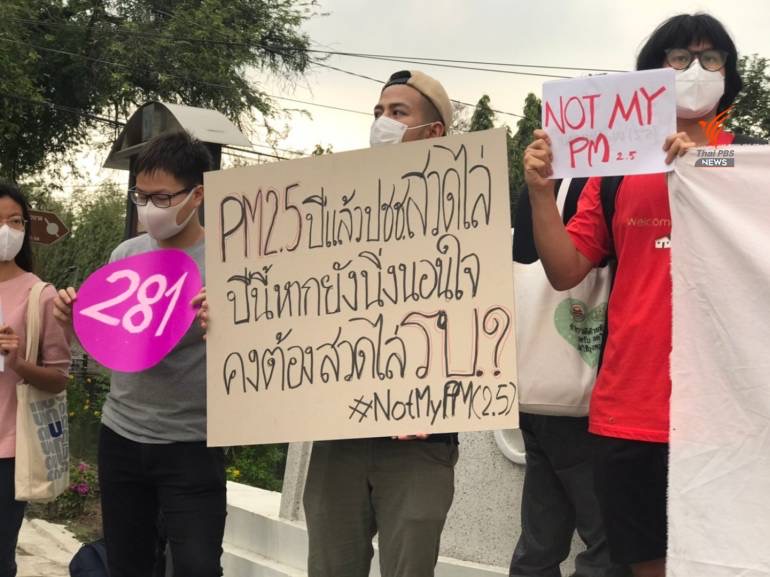 Although the amount of dust in the atmosphere in Bangkok and its suburbs has reduced today, a group of students rallied in front of Government House this morning (Tuesday) to protest what they allege is complacency and inaction by the Government and related agencies in addressing the problem.

Wearing face masks, the students said that, although the Government declared the PM2.5 dust problem a national agenda on February 12th last year, the problem has returned this year and, so far, not a single state agency or the Government have announced any measures to address it.

They said that their demonstration today is to demand that the Government and state agencies concerned roll out contingency and long-term measures to cope with the dust, not just in Bangkok and its suburbs, but also in other provinces.

The contingency measures proposed by the student group include publicity by state agencies to inform the public about the problem and how to deal with it, reports on the pollution every three hours via SMS, all industries which emit pollutants into the environment must report their emissions to agencies and the public must have access to this information.

On short-term measures, the students proposed that the Government provide free face masks, installs more dust monitoring devices nationwide and seeks cooperation from neighboring countries to reduce the burning of farm waste and forest fires, citing the case of Indonesia.

On long-term basis, they propose the promulgation of a Clean Air Act to cope with pollution and a lowering of the PM2.5 threshold level from 50 microns to the level set by the World Health Organization. All their proposals will be submitted to Prime Minister Prayut Chan-o-cha, they said.

Meanwhile, the Pollution Control Department reported today that only seven areas in Bangkok and its suburbs were found to have excessive amounts of PM2.5 dust. The levels of PM2.5 particulate this morning were measured between 27 and 57 microns.

The situation in the northern provinces of Lampang and Chiang Mai, however, is deteriorating.

Officials in Lampang said that the province has been shrouded in a blanket of white smoke for nine continuous days, with most of the areas listed as Orange Zones, except in Muang district which is still listed as a Red Zone, with the PM2.5 dust level being measured at 92 microns.

In Chiang Mai province, Governor Charoenrith Sa-nguansat held a meeting with officials for a briefing on the measures to be taken to deal with the pollution, caused mainly by the burning of farm waste and forest fires and compounded by the high air pressure cell over the northern region.

Local officials were instructed to warn people in their localities to wear PM2.5 face masks if the level of the fine dust exceeds the threshold level. 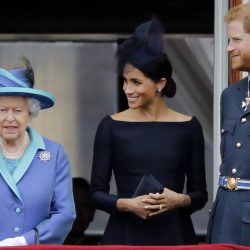 Queen agrees 'period of transition' for Harry and Meghan 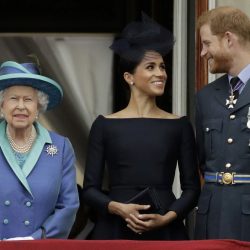