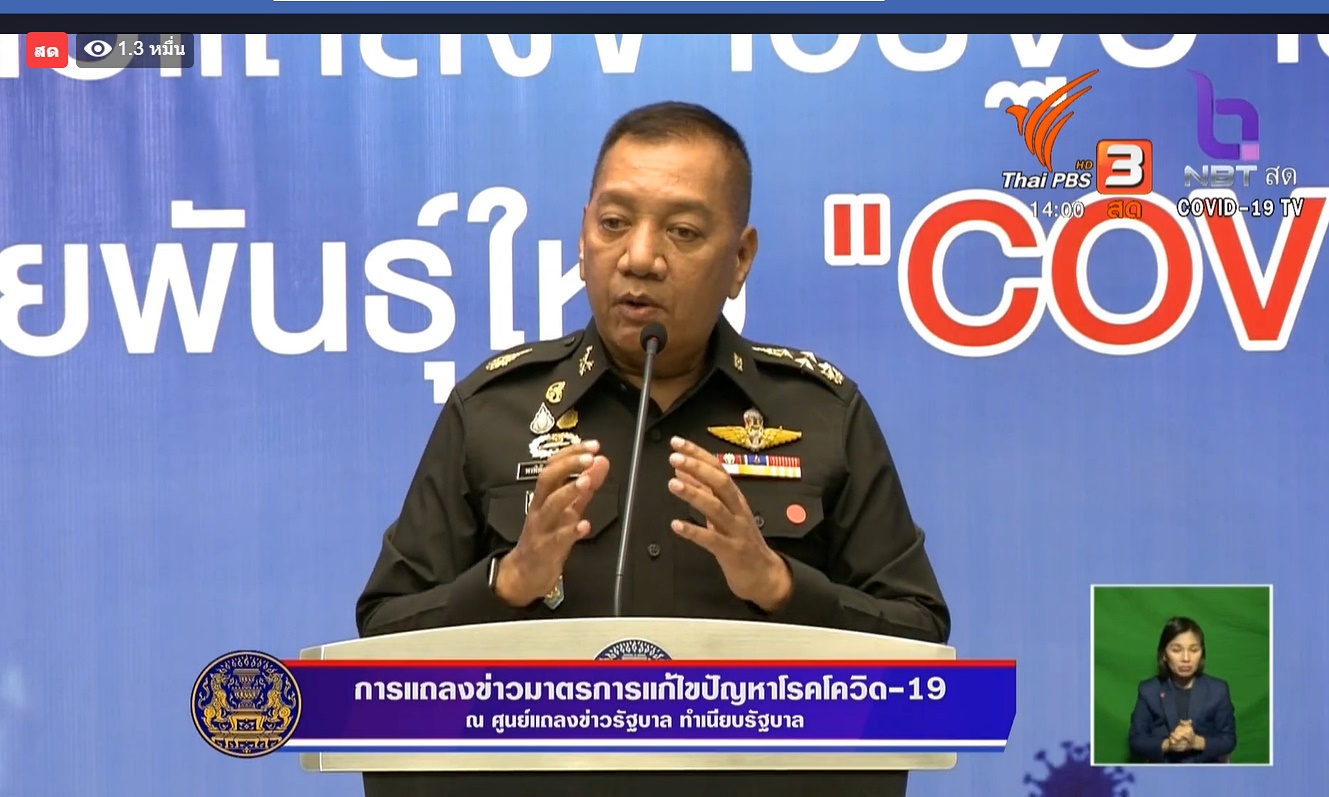 Commander of the Royal Thai Armed Forces Gen. Pornpipat Benyasri today issued a stern warning to all Thai people to stay home and to practice strict social distancing to avoid exposing themselves to the coronavirus or risk facing a full lockdown of the country.

The warning came as Thailand entered the first day of the state of emergency imposed by Prime Minister Prayut Chan-o-cha and while as many as 357 check-points were set up throughout the country to discourage people from non-essential travel.

“Do we want to voluntarily comply with the directive to stay at home and to practice social distancing or do we want to see a lockdown?” asked Pornpipat who has been appointed by Prime Minister Prayut to be in charge of law enforcement and security under the emergency decree.

Speaking at his first press conference, the supreme commander appealed to all government agencies and business establishments to introduce staggered work schedule or cut down on working hours to minimize the number of personnel and employees having to commute to work.  “I am also appealing to you to start introducing work from home practice,” he said.

Pornpipat said the next few days will be very crucial in the fight against the coronavirus. And only strict compliance with the directives to stay at home and to avoid non-essential travel can help stop the spread of the deadly virus.

He said a curfew or a lockdown of the country is still not necessary at this stage. “We certainly don’t need to reach the stage of having to lock down the country if everybody plays his and her part in complying with the directives,” he said.

He said Thai people need to learn to adapt their way of life under the present circumstances.  “Starting this weekend, we should confine ourselves to our home and go out only when it’s necessary, and avoid all gatherings,” he said.

“Thai people can set a good example for the rest of the world by disciplining themselves so that that we won’t need to have a lockdown,” he said.

Addressing the same press conference, police spokesman Pol Gen Piya Uthayo said several additional check-points will be set up around the country as part of the attempts to control travel by the people.

Since last night, 357 check-points have been set up to check vehicles travelling between provinces.  Seven of them are in areas in and around Bangkok which will today see an addition of 5 check-points on Bangna-Trat, Phetchkasem, and Vibhavadi roads as well as on Don Muang Tollway.

He said each of the check-points will be manned by police and military personnel as well as health officials and volunteers.  Passengers of all vehicles will be subject to strict screening.

“Every passenger has to make sure that he or she wears a surgical mask and that there is enough space between them. Everyone will also have his or her temperature taken,” he said.

People who are in the so-called “high-risk groups” – people who are 70 or older, children under 5 and those with illnesses – will be subject to thorough screening.

“If you are found to have fever, you will be stopped from travelling and will be sent for a medical check-up,” he said.

He said people who gather in pubic places, such as parks and beaches, will be ordered to disperse.  “First, they will be given a warning. But if they resist, legal action will be taken against them,” he said.

Violators of directives issued under the emergency decree are liable to a maximum jail term of two years or a fine of 40,000 baht or both. 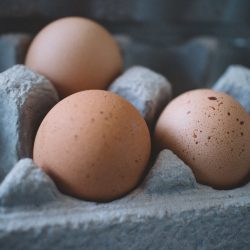 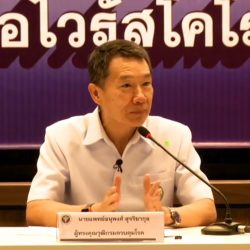