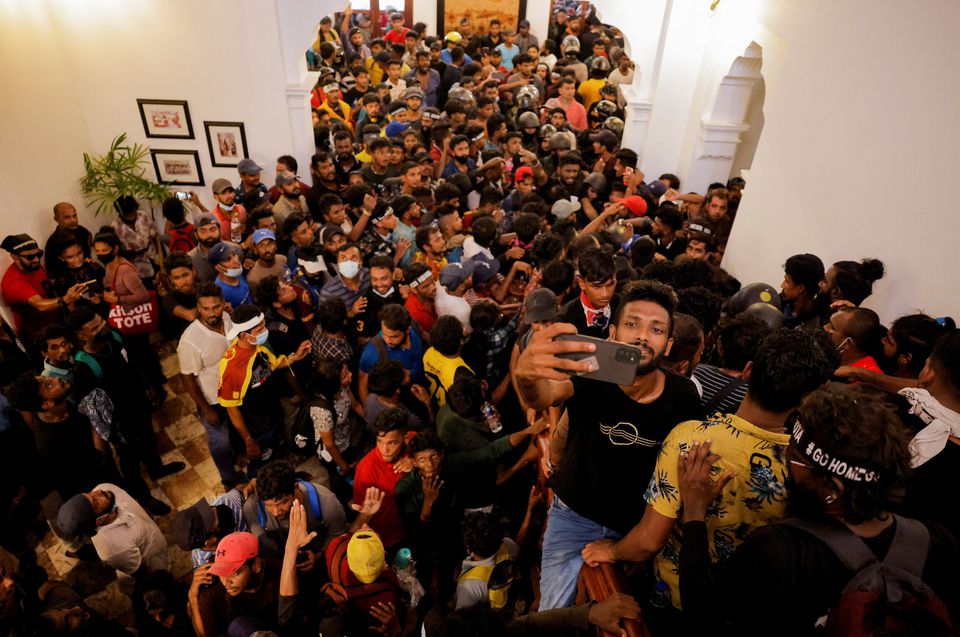 Sri Lanka‘s main city, Colombo, was calm on Thursday as people waited for the resignation of President Gotabaya Rajapaksa, who fled to the Maldives to escape a popular uprising that erupted as the country struggled with an economic crisis.

Rajapaksa was on his way to Singapore from the Maldives on Thursday, a Sri Lankan government source said. His decision on Wednesday to make his ally Prime Minister Ranil Wickremesinghe the acting president triggered more protests, with demonstrators storming parliament and the premier’s office demanding that he quit too.

Rajapaksa had repeatedly assured the speaker of parliament that he would step down on Wednesday, but his resignation letter had not arrived as of Thursday, said an aide to Speaker Mahinda Yapa Abeywardena.

The speaker could seek the advice of the attorney general on the next steps if the letter did not come by the end of the day, said the aide, who did not want to be named given the sensitivity of the matter.

“The fight is not over,” said Terance Rodrigo, a 26-year-old student who said he has been inside the compound since it was taken over by protesters on Saturday along with the prime minister’s official residence.

“We have to make society better than this. The government is not solving people’s problems.”

The usual protest sites, however, were calm and organisers said they would hand the residences back to the government.

“With the president out of the country … holding the captured places holds no symbolic value any more,” Chameera Dedduwage, one of the organisers, told Reuters.

Wickremesinghe, nevertheless, imposed a curfew in Colombo from noon (0630 GMT) to early morning on Friday in a bid to prevent further unrest.

Protests against the economic crisis have simmered for months and came to a head last weekend when hundreds of thousands of people took over government buildings in Colombo, blaming the powerful Rajapaksa family and allies for runaway inflation, shortages of basic goods and corruption.

Police said one person was killed and 84 injured in clashes between riot police and protesters on Wednesday near the parliament building and the prime minister’s office, as people demanded the ouster of both Rajapaksa and Wickremesinghe.

Police spokesman Nalin Thalduwa said the man who died was a 26-year-old protester who succumbed after he was injured near the prime minister’s office.

The area around parliament was deserted on Thursday morning. Police manned a barricade on the approach road. Nearby, life returned to normal, with shops open and plenty of cars on the road.

The night before, an intersection there was packed with several hundred protesters and ambulances regularly ferried the injured out of the area.

“We want Ranil to go home,” Malik Perera, a 29-year-old rickshaw driver who said he took part in the protests, said on Thursday. “They have sold the country, we want a good person to take over, until then we won’t stop.”

Sitting in a park opposite the entrance to parliament, he showed bruising on his back that he said he received during the clashes.

Rajapaksa, his wife and two bodyguards left the main international airport near Colombo on an air force plane early on Wednesday. Maldives media said he was now waiting to fly to Singapore.

Sri Lanka‘s parliament is expected to name a new full-time president on July 20, and a top ruling party source told Reuters Wickremesinghe was the party’s first choice, although no decision had been taken. The opposition’s choice is their main leader Sajith Premadasa, the son of a former president. 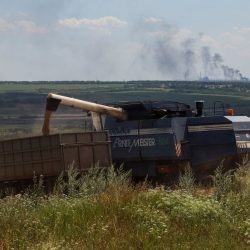