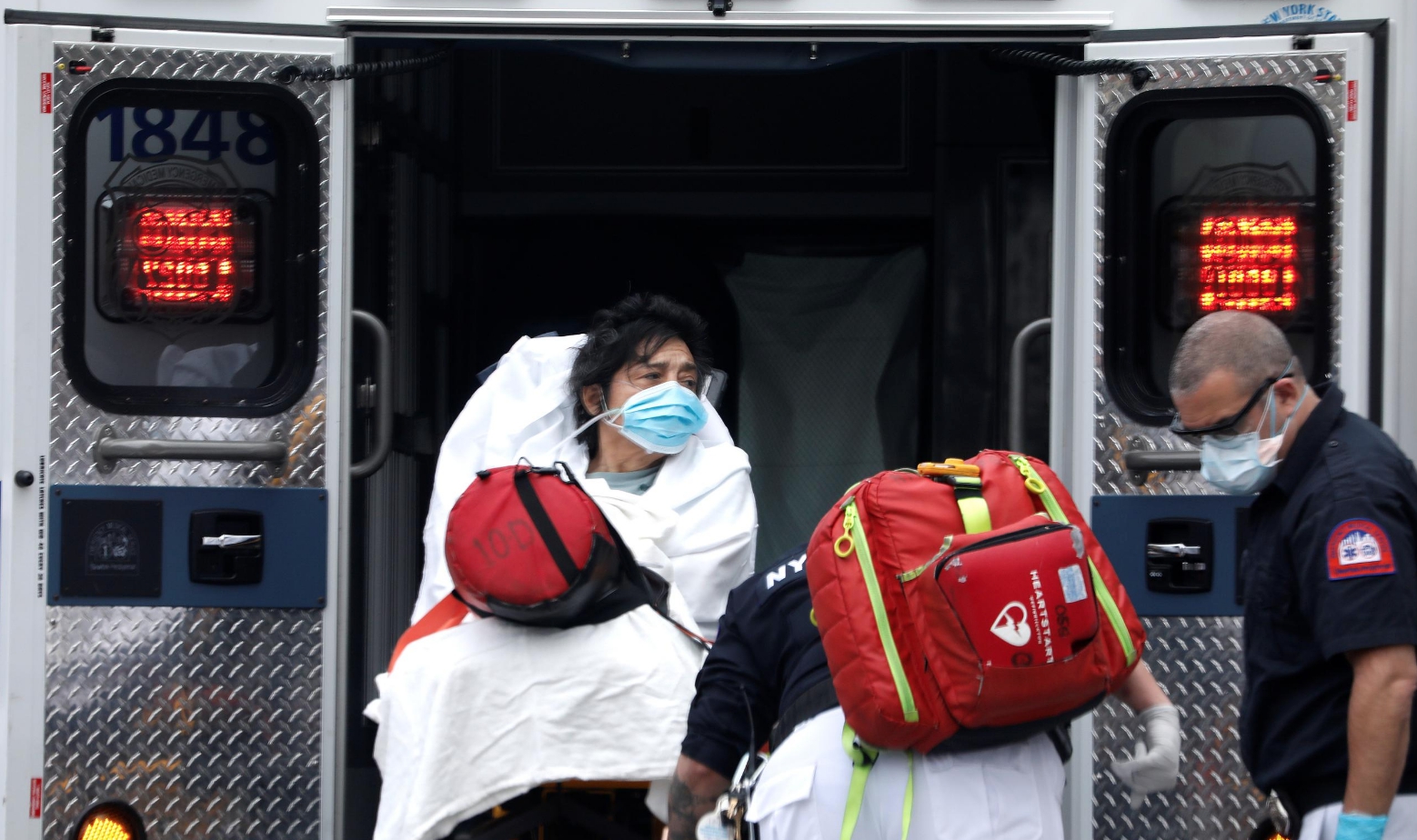 A woman is loaded into an ambulance by paramedics in the Harlem neighbourhood of Manhattan during the outbreak of the coronavirus disease (COVID19) in New York City, New York, U.S., April 8, 2020. REUTERS/Mike Segar

NEW YORK (Reuters) – New York, the hardest-hit state in America, on Wednesday reported its highest number of coronavirus-related deaths in a single day with even veteran doctors and nurses expressing shock at the speed with which patients were declining and dying.

The number of coronavirus cases in New York state alone approached 150,000 on Wednesday, even as authorities warned the state’s official death tally may understate the true number.

“Every number is a face, “ said New York Governor Andrew Cuomo, who ordered flags flown at half-staff across New York in recognition of the toll. “This virus attacked the vulnerable and attacked the weak and it’s our job as a society to protect the vulnerable.”

Doctors and nurses say it isn’t just elderly or patients with underlying health conditions who appear to be fine one minute and at death’s door the next. It can happen for the young and healthy, too.

Patients “look fine, feel fine, then you turn around and they’re unresponsive,” said Diana Torres, a nurse at Mount Sinai Hospital in New York City, the epicenter of the pandemic in the United States, where the virus has infected more than 415,000 people. “I’m paranoid, scared to walk out of their room.”

Cuomo said 779 people died in the past day in his state. New Jersey Governor Phil Murphy said 275 had died there. Both totals exceeded one-day records reported just a day earlier.

Despite the grim tally, Cuomo said overall trends still appeared positive. Cuomo cited a drop in new hospitalizations and other data points as evidence that New York was “bending the curve” and gaining some control over the infection rate.

Cuomo said the death count would continue at the current level or increase in the coming days as critically ill patients, who have been hospitalized for more than a week and on ventilator machines to assist in breathing, die.

U.S. deaths due to coronavirus topped 14,600 on Wednesday, the second-highest reported number in the world behind Italy, according to a Reuters tally. New York has accounted for nearly half of them.

Officials have warned Americans to expect alarming numbers of coronavirus deaths this week, even as an influential university model on Wednesday scaled back its projected U.S. pandemic death toll by 26% to 60,000.

There were more discharges of patients than admissions for two days running, he said, adding: “Hosanna!”

But that comes as cold comfort to some healthcare workers on the front lines of the war against COVID-19, who told Reuters they have treated patients while experiencing symptoms of the novel coronavirus but couldn’t get tested.

In Michigan, one of the few hospital systems conducting widespread staff testing found more than 700 workers were infected with the coronavirus – more than a quarter of those tested.

The continued test shortages – even for the workers most at risk – is “scandalous” and a serious threat to the patients they treat, said Dr. Art Caplan, a professor of bioethics at the NYU Grossman School of Medicine.

U.S. President Donald Trump has boasted that the United States has tested more people for the novel coronavirus than any other country.

Trump said on Wednesday he would like to reopen the U.S. economy with a “big bang” but not before the death toll is on the down slope.

Trump did not give a timeframe but his chief economic adviser, Larry Kudlow, said on Tuesday it was possible this could happen in four to eight weeks.

Louisiana is “beginning to see the flattening of the curve” with the number of new coronavirus cases reported in the past 24 hours – 746 – lower than recent days, Governor John Bel Edwards said. Louisiana had been one of the nation’s hot spots for the virus.

California, like New York, had one of its highest single-day death tolls with 68 people dying of COVID-19 in the past 24 hours, Governor Gavin Newsom said. The state may not see its cases flattening until the end of May and need to maintain social distancing measures for weeks ahead, California officials say.

New York City officials said a recent surge in the number of people dying at home suggests the most populous U.S. city may be undercounting how many have died of COVID-19, the respiratory illness caused by the pathogen.

So far New York City’s announced death toll has reflected only laboratory-confirmed COVID-19 diagnoses. More than 200 people are dying at home in the city daily during the pandemic, authorities said. 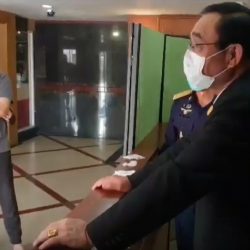 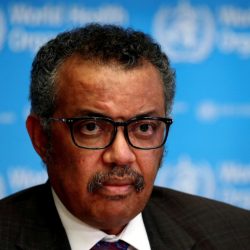 WHO head defends handling of coronavirus pandemic against Trump criticism