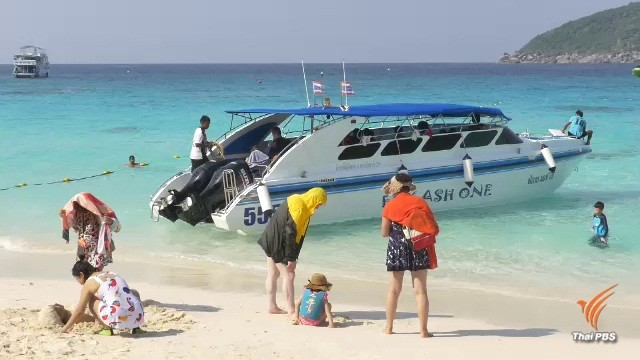 A number of Chinese tourists were injured, one seriously, when a speed boat in which they were travelling struck an oil tanker in the seas off Phuket province this afternoon (Saturday).

The speed boat, Sai Nam, was carrying 10 Chinese tourists, including two children, and was on its way back to Phuket after a day touring the Phi-Phi islands off the southern province of Krabi.

The tour vessel was cruising between Rung and Ma Phrao islands, when it collided with a small oil tanker, Chokekriangkrai.  The damage to the speed boat caused it to take in water, but did it not sink. The steel hulled tanker sustained only minor damage.

All the tourists on board the speed boat were rescued and transferred to another vessel nearby.  The injured tourists were rushed to the Mission Hospital after the rescue boat docked at Ban Yamoo pier.

Marine police are still investigating the cause of the collision.

On Friday, a speed boat carrying 23 Chinese tourists hit submerged reefs and sank as it was cruising around Samet Island off the eastern province of Rayong.  In that incident all the tourists were also safely rescued by another speed boat, with only two passengers suffering from the effects of the inhalation of sea water. They were treated at the district hospital. 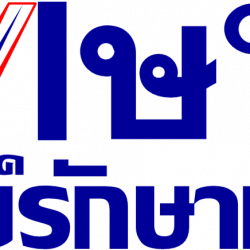