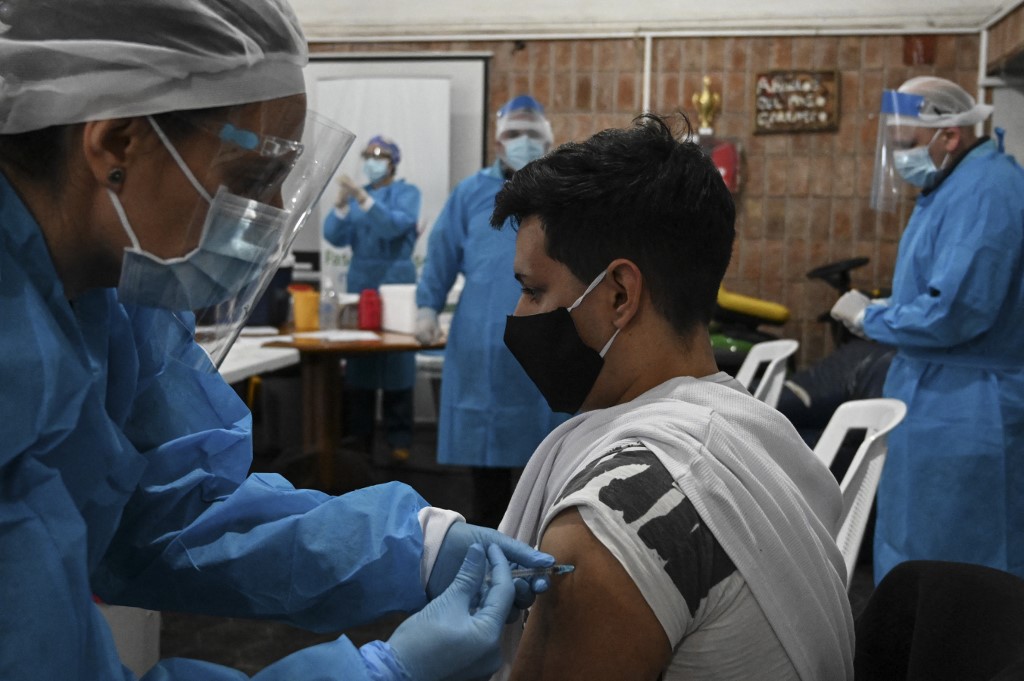 A man is inoculated with the first dose of the Pfizer-BioNTech Covid-19 vaccine in Paso de Carrasco, Canelones department, Uruguay on May 26, 2021. (Photo by Eitan ABRAMOVICH / AFP)

The CoronaVac vaccine, produced by Chinese firm Sinovac, reduces coronavirus mortality by 97 percent, according to early results of the immunization campaign in Uruguay, which relies heavily on the Chinese jab.

In people who had received two doses, it reduced infection with the coronavirus by 57 percent and intensive care admissions by 95 percent, said a report by the health ministry of the South American nation.

Compared to other vaccines in use, there have been few scientific publications on the efficacy of CoronaVac, and widely divergent reported results.

Coronavac is nevertheless widely used in China and in some two dozen other countries.

Chile reported last month that early results from its immunization campaign showed CoronaVac to be 67 percent effective at preventing symptomatic Covid-19 and 80 percent at preventing death.

Trial results with CoronaVac in Brazil showed the efficacy of about 50 percent in preventing symptomatic infection, while Turkish data said it was more than 80 percent effective.

Uruguay, which started vaccinating on March 1, has used CoronaVac in more than 80 percent of cases.

It has reserved the Pfizer-BioNTech jab for older people, health workers, and people with other illnesses.

The results are based on outcomes two weeks after administering two shots to some 862,000 people, more than 712,000 who received CoronaVac and almost 150,000 Pfizer.

The results with the two vaccines are not directly comparable, as recipients of Pfizer in Uruguay fell into higher-risk categories, the ministry said.

Other studies have attached much better outcomes to Pfizer.

The largest real-world Pfizer study yet, in Israel, said this month it provided more than 95 percent protection against Covid-19.

Uruguay, with a population of 3.5 million, has given at least one vaccine dose to 45.8 percent of the target population and two doses to 28.29 percent by May 25 — placing it third in the Americas behind Chile and the United States.

The country has never had a lockdown and had comparatively few cases in the first months of the outbreak, but in recent weeks led the world in daily deaths per capita.

The ministry said the results are preliminary and should be interpreted with caution, as some data has yet to be processed. 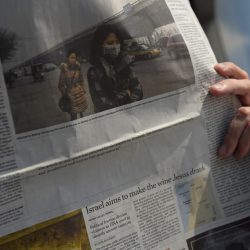 Govt move to restrict freedom of information is a mandate for corruption, critics warn 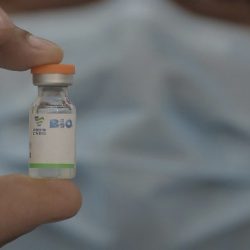