Singapore’s Prime Minister Lee Hsien Loong announced Sunday the country will repeal a colonial-era law criminalizing gay sex, though he maintained that the government will continue to “uphold” marriage as being between a man and a woman.

“The government will repeal (the law) and decriminalize sex between men. I believe this is the right thing to do, and something that most Singaporeans will now accept,” he said in a major policy speech.

Lee added that attitudes have shifted since 15 years ago when the government decided that the law will remain.

The repeal “will bring the law into line with current social mores, and I hope, provide some relief to gay Singaporeans”, Lee said.

Inherited from the British colonial era, section 377A of Singapore’s penal code penalizes sex between men with up to two years in jail.

However, repealing section 377A stops short of full equality of marriage.

Lee said that the government recognizes that “most Singaporeans do not want the repeal to trigger a drastic shift in our societal norms across the board”, including how marriage is defined and how it is taught in schools.

“Hence, even as we repeal section 377A, we will uphold and safeguard the institution of marriage”, he said, stressing that under the law “only marriages between one man and one woman are recognized in Singapore”. 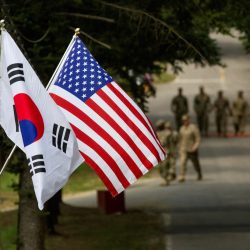 CCSA to decide next month whether to lift emergency decree