The noises in question came after he declared open a world motorcycle championship which is taking place in Buriram. He apparently got the name of the tournament wrong. Instead of calling it “MotoGP”, it came out more like “MotoCP”.

Prawit, it has to be said, is not very popular. He refused to resign from the Prayut Cabinet following disclosure that he had not declared extremely-expensive wristwatches in his possession. He claimed he borrowed the accessories but few people believed that.

To be fair, it’s hard to tell from the noises whether he was being teased for the apparent mistake or was really disliked. Listen for yourself: 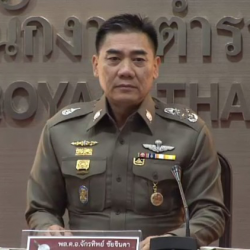 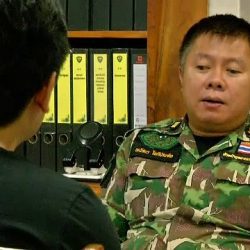