People hold a demonstration in support of Argentina’s Vice President Cristina Fernandez de Kirchner outside the Argentine embassy in La Paz, on September 2, 2022. – Messages of shock and solidarity poured in from around the world Friday after a man tried to shoot Argentine Vice President Cristina Kirchner in an attack captured on video. Political and labor unions at home called for mass demonstrations countrywide to denounce Thursday’s assault against Kircher, who survived because the handgun aimed at her face from very close range failed to go off. (Photo by AIZAR RALDES / AFP)

Messages of shock and solidarity poured in from around the world Friday after a man tried to shoot Argentine Vice President Cristina Kirchner at point-blank range.

As tens of thousands of Argentines took to the streets in a mass denouncement of political violence, the Pope, the UN, United States and Latin American leaders sent messages of support.

Kirchner, 69, survived the attack outside her Buenos Aires home Thursday after a loaded handgun aimed directly at her face at close range apparently failed to go off.

The dramatic incident was captured on video.

Police were investigating whether the attacker, arrested at the scene, had acted alone. A case of aggravated homicide has been opened.

The man in custody was identified as 35-year-old Fernando Andre Sabag Montiel, a Brazilian man who has an Argentine mother.

He had previously been arrested for illegal weapons possession, according to police sources quoted by the Telam news agency.

Images from his social networks showed the man sporting a Nazi tattoo, and police told reporters they had found 100 bullets in an apartment he had been renting on the outskirts of Buenos Aires.

Footage of the incident shows a man pointing a handgun directly at Kirchner, who was president from 2007 to 2015 and faces corruption charges dating from that time. The gun failed to go off.

The incident took place in Buenos Aires’ upscale Recoleta neighborhood where supporters have gathered every night since August 22, when Argentine prosecutors announced they would seek a 12-year sentence against Kirchner and lifetime ban from politics in an ongoing graft case.

“I saw this arm come up over my shoulder behind me with a gun, and with people around me, he was subdued,” a witness, who did not give his name, told AFP.

Another, who would only give her first name, Teresa, said: “We were waiting for our beloved Cristina. And she just came down to greet everyone, like every night, to greet the people. And all of a sudden, there was a commotion, and it was that guy who pointed (a gun) at her.”

The scene of the crime was cordoned off by police Friday, with a handful of Kirchner backers gathered nearby.

President Alberto Fernandez announced to the nation that “Cristina remains alive, because for a reason that has not yet been technically confirmed, the gun which contained five bullets did not fire despite the trigger having been pulled.”

He said this was the “most serious event that has happened since we restored democracy” in 1983.

Pope Francis, himself a former archbishop of Buenos Aires, sent Kirchner a telegram expressing “solidarity,” according to the Vatican.

UN chief Antonio Guterres was “shocked” by the events and “condemns this violence”, a spokeswoman said.

And US Secretary of State Antony Blinken tweeted: “We stand with the Argentine government and people in rejecting violence and hate.”

His rival, incumbent President Jair Bolsonaro — who survived an assassination attempt on the campaign trail in 2018 — said he had sent Kirchner a note of commiseration.

“Good thing the assailant did not know how to handle weapons,” added the controversial far-right leader.

Within Argentina, the opposition grouping Together for Change condemned the attack and called for a full investigation.

“My absolute repudiation of the attack suffered by Cristina Kirchner, who fortunately was not injured,” tweeted opposition leader Mauricio Macri, who was president after Kirchner.

The ruling Front of All coalition called for demonstrations on Buenos Aires’s central Plaza de Mayo and other cities “to defend democracy.”

Thousands including social groups and trade unions heeded the call.

“We are faced with a very serious incident that no sector can fail to repudiate to defend democracy because it takes us to a line that cannot be crossed,” university lecturer Laura Itchat, 47, who headed to the square witrh her five-month-old baby, told AFP.

Kirchner enjoys a loyal support base among followers of the center-left Peronism movement inherited from former president Juan Peron, but is disliked in equal measure by the political opposition.

On Twitter, several detractors speculated on Friday that the attack had been staged to shore up support for Kirchner in her time of legal trouble.

Kirchner, a lawyer who succeeded her late husband Nestor Kirchner as president, stands accused of fraudulently awarding public works contracts in her political stronghold of Patagonia.

Government prosecutors accuse her of defrauding the state out of some $1 billion. She denies the claims. 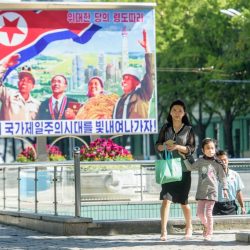 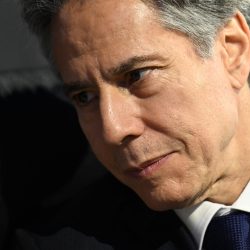