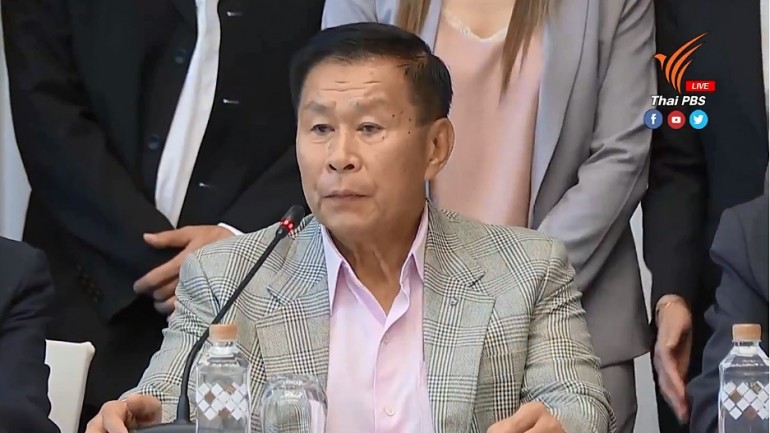 Defiant Seri Ruam Thai party leader Pol Gen Seripisut Temiyavet has rejected the budget bill, claiming that it was drawn up by an illegitimate government, led by a Prime Minister who did not recite his oath of office properly, as constitutionally required.

Taking the floor in the debate over the budget bill, following opposition leader Sompong Amornvivat today (Thursday), the former police chief said that he has not read the budget bill because he doesn’t think the government has any authority to draft the bill due to Prime Minister Prayut Chan-o-cha’s failure to recite the oath in full before assuming the office of the chief executive.

Since the swearing of the oath was incomplete, the firebrand politician asked how the budget bill can be debated in parliament, as he demanded that the government withdraw the bill until the Prime Minister corrects his failure to recite the full oath.

Seripisut’s fiery speech prompted Deputy House Speaker Supachai Phosu to issue repeated demands that he focus on the budget bill or sit down.

Pheu Thai MP Chirayu Huangsap interjected, asking the Deputy House Speaker to be patient and to allow Seripisut to continue, noting that the budget bill may be invalidated.

Opposition and Pheu Thai party leader Sompong Amornvivat also suggested that the government withdraw the budget bill for a complete rewrite, claiming that it could not effectively address the economic slowdown.

He said that the bill does not address the problems of slow domestic consumption, private sector investments or export contraction.

For the past five years, under the leadership of Prime Minister Prayut, he said national budget has increased year after year, but the country remains stuck and scarcely moving forward.

Citing the defence budget, which was increased by six billion baht, Sompong said the increase will not help to improve the lives of the people and is totally unnecessary. 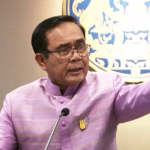