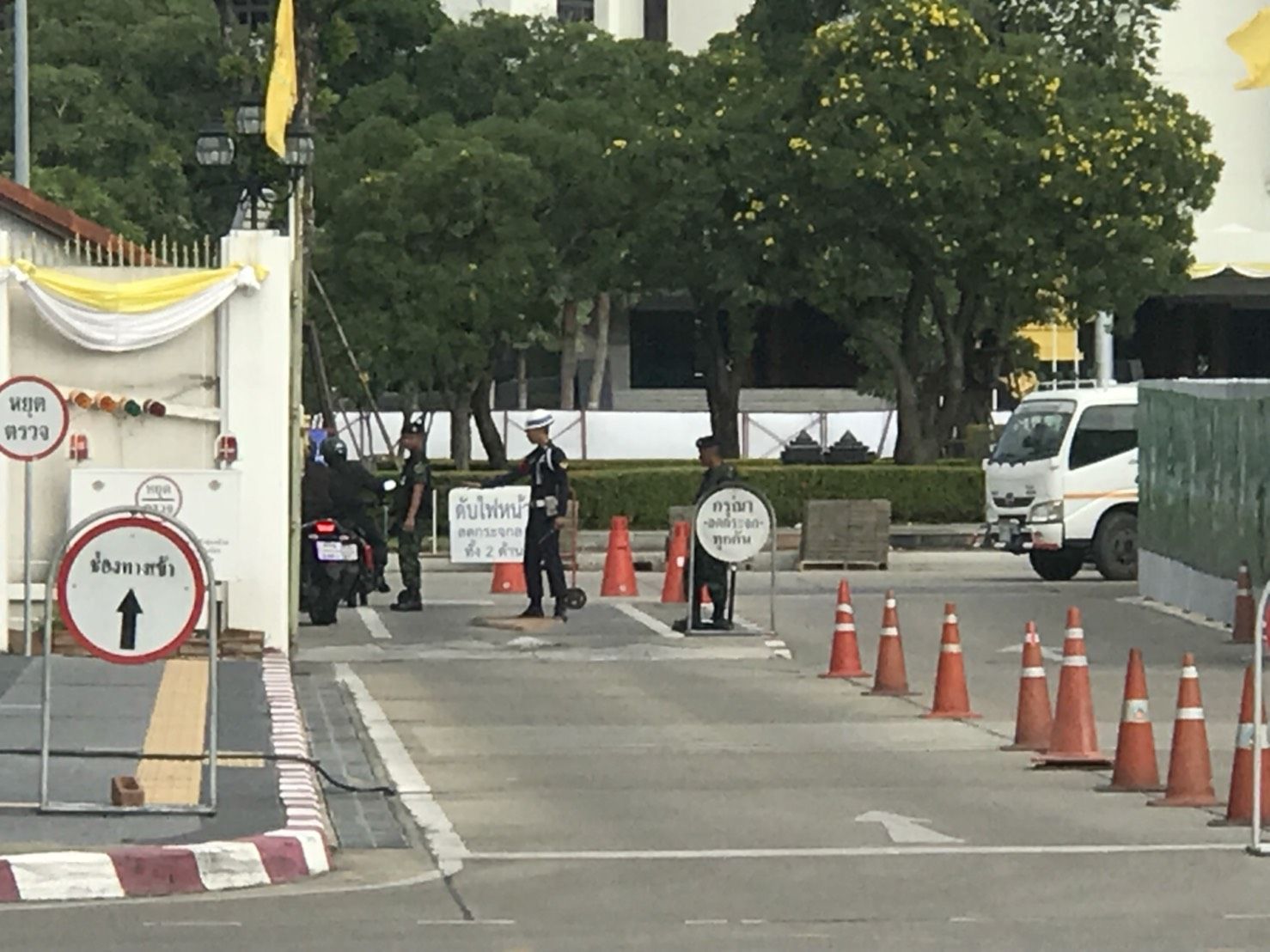 As security has been tightened at Bangkok’s two airports, the city’s bus and train terminals, as well as crowded shopping malls, police have swept several locations after being alerted about suspicious objects.

Government spokeswoman Narumon Pinyosinwat tweeted today assuring the public that the explosions in Bangkok on Friday will not affect the national economy and no advisory has yet been issued by any country to advise their citizens not to visit Thailand.

She said Prime Minister Prayut Chan-o-cha has assured foreign ministers, attending the dialogue meetings with their ASEAN counterparts, that the Thai government is capable of controlling the situation.

City officials in all districts of Bangkok have started checking all security cameras in the city to make sure that they are working, said city permanent secretary Mrs. Sipasuey Raveesansoon today.

She added that city police were also ordered to join the RTP on night patrols to ensure security, noting that today is the last day of the ASEAN foreign ministers’ meeting.

Dr. Weerachai Phutdhawong, a chemistry lecturer at Kasetsart University, said one of the improvised explosive devices recovered by the police apparently contained 100 grams of PETN explosive, which would be enough to destroy a car.

He said, however, that he wasn’t sure which type of integrated circuit timer had been used, but the timer was capable of being set several days in advance of detonation.

Pol Lt-Gen Panom Chuathong, deputy superintendent of Phya Thai police, said forensic police had found a burned circuit board and traces of alcohol at the sites of fires in the Pratunam area and believed the fires were connected with the explosions.

A manhunt is underway for a suspect caught by a security camera planting a device at the MINISO convenience store at Siam Square shopping centre on Thursday.

The suspect, who wore a face mask and a hat and carried a backpack, was recorded in the store at 3.37pm Thursday. He was seen taking a doll from a shelf, putting something in it and placing it back on the shelf before leaving. At 4.44am on Friday, a spark was captured by the CCTV system and the shelf caught fire.

Google Thailand has released an SOS Alert app to provide the public with access to real-time information about the location of any untoward incidents so they can avoid them.

Explosions occurred in three locations on Friday, at the government complex at Chaengwattana’s B Building, on Rama 9 Road and at Chong Nonsee BTS station.

Meanwhile, Hua Mark police said the seven vocational students, being held in police custody, have admitted that they found a ‘Ping-Pong’ bomb and hid it on Rama 9 Road, where it subsequently exploded, injuring two city workers.

Police said they cannot confirm yet whether they were involved in the other incidents. 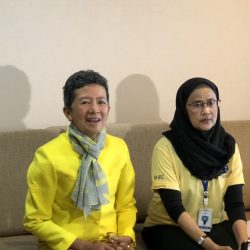 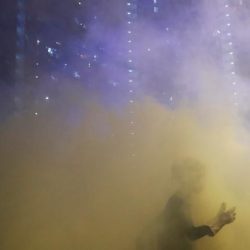