Thai security officers are keeping a close watch on the political activities of the Union of Thai Students, after the group held an anti-government protest at the Democracy Monument in Bangkok on Saturday, followed by similar protests in the northern province of Chiang Mai and in Ubon Ratchathani in the northeast on Sunday.

Informed security sources said today that the yesterday’s protest at the Democracy Monument was just to test the strength of the protest, adding that a larger protest is anticipated in the next two weeks.

The protesters are demanding the dissolution of Parliament, a new Constitution and an end to government harassment of people who disagree with it.

Lt-Gen Kongchee Tantravanich, spokesman for the Defence Ministry, said today that the students have the right to hold protests, but the protests must be within the limits of the law, adding that Thai security services are concerned with the safety of the protesters, in wake of COVID-19 pandemic, and reminded the protesters to abide strictly by health measures.

In Chiang Mai, students and members of the public demonstrated at Tha Pae Gate, to echo the demands of their colleagues in Bangkok.

At about 5.30pm, police asked the protesters to disperse, claiming that their gathering could jeopardize their health.

They dispersed at about 6.30pm and their leaders vowed that they would stage another protest if the Government fails to meet their demands. 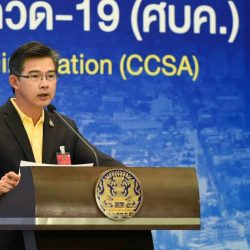 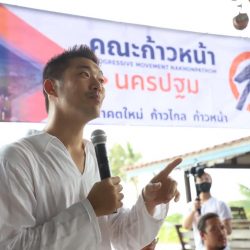