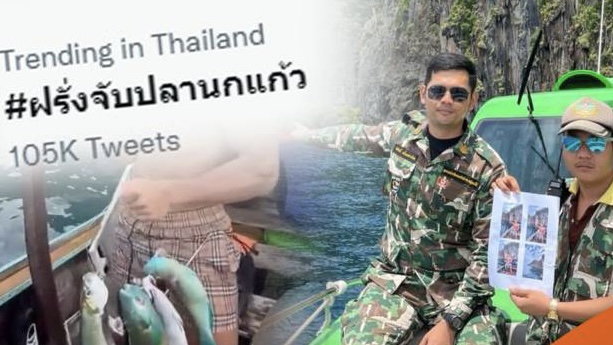 Thailand’s Natural Resources and Environment Minister Varawut Silpa-archa has ordered park officials to track down a western tourist who was seen, in a widely-shared online post, with a bunch of parrot fish he allegedly caught in the seas off Phi-Phi Leh Island in Hat Noppharat Thara – Mu Ko Phi National Park in the southern province of Krabi.

The tourist reportedly checked out of his hotel in haste on Wednesday, after the picture of him with the fish went viral on social media. His whereabouts are currently unknown.

Ratchada Suriyakul Na Ayutthaya, director-general of the National Parks, Wildlife and Plant Conservation Department, told Thai PBS today (Friday) that a complaint has already been filed with the police, seeking their help in tracking down the perpetrator and the owner of the boat, which was hired by the tourist for the fishing trip.

He said that he has also sought cooperation from tourist and immigration police in finding the tourist.

He explained that fishing in the national park is against the law, especially the catching of parrot fish, which are important to the ecology of coral reefs.

Meanwhile, the unidentified tourist has offered an apology via TikTok, saying that he did not know that fishing for parrot fish is illegal in Thailand because he had seen the fish being sold in the market.

He said he is a professional spear-fisherman who has travelled the world and fished everywhere, adding that he had no clue that he could not fish in the marine park and that no one has ever told him that it is illegal to do so.

He said he is deeply sorry and will not do it again. “Humans make mistakes,” he said. 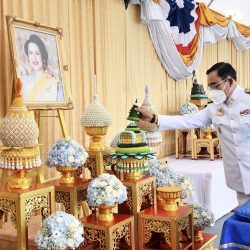 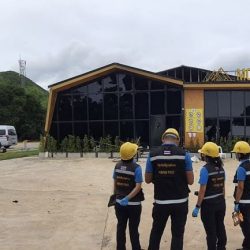 28 Mountain B pub fire victims still in hospital, some still on ventilators