The Saudi-led coalition fighting in Yemen said Sunday it struck a Huthi rebel camp in the capital Sanaa, as it intensified an aerial bombing campaign against the Iran-backed insurgents.

The coalition, which backs Yemen’s internationally recognised government against the Huthis in a civil war, said it destroyed weapons storehouses in the rebel-held capital, according to the official Saudi Press Agency (SPA).

“The operation in Sanaa was an immediate response to an attempt to transfer weapons from Al-Tashrifat camp in Sanaa,” it said in a statement, adding it “destroyed weapons warehouses”.

The coalition is scheduled to hold a news conference on Sunday at which it has said it will show evidence of involvement by Lebanon’s Iran-backed Hezbollah militia in the Yemeni conflict.

Saudi Arabia has long accused Iran of supplying the Huthis with sophisticated weapons and its Hezbollah proxy of training the insurgents, charges the Islamic republic denies.

Yemen has been wracked by civil war since 2014 pitting the government against the Huthis who control much of the north.

Tens of thousands of people have been killed, in what the United Nations has described as the world’s worst humanitarian crisis.

The coalition launched a “large-scale” military operation against the Huthis on Saturday, the Saudi authorities said, after missiles fired by the rebels killed two people in the kingdom, the first such deaths in three years.

The coalition maintains its operations are carried out in accordance with international humanitarian law, repeatedly urging the Huthis against using civilians as human shields.

It said it will present during Sunday’s news conference “evidence of involvement of Lebanon’s terrorist Hezbollah in Yemen and use of (Sanaa) airport to target the kingdom”, according to SPA.

The Saudi ambassador to Yemen, Mohammed Al Jaber, charged that the rebels were using Iranian weapons to target the kingdom, which likens the Huthis to a Hezbollah-like force in its backyard.

The Huthi attack was also condemned by the French and US embassies in Saudi Arabia, as well as the kingdom’s Gulf Arab allies.

“Huthi attacks are perpetuating the conflict, prolonging the suffering of the Yemeni people, and endangering the Saudi people alongside more than 70,000 US citizens residing in Saudi Arabia,” the US embassy said in a statement Saturday.

French ambassador Ludovic Pouille took to Twitter to offer condolences to the families of the victims of what he called the “barbaric Huthi attack”.

The coalition has intensified its air strikes on Sanaa, targeting earlier this week the airport, whose operations have largely ceased because of a Saudi-led blockade since August 2016, with exemptions for aid flights.

The insurgents often launch missiles and drones into Saudi Arabia aimed at its airports and oil infrastructure.

The UN estimates Yemen’s war will have claimed 377,000 lives by the end of the year through both direct and indirect impacts.

The UN’s World Food Programme said it has been “forced” to cut aid to Yemen due to lack of funds, and warned of a surge in hunger in the country.

More than 80 percent of Yemen’s population of about 30 million requires humanitarian assistance. 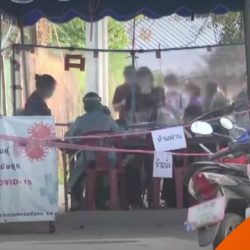 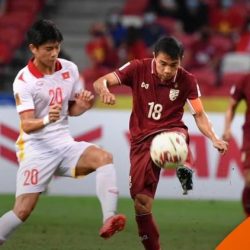