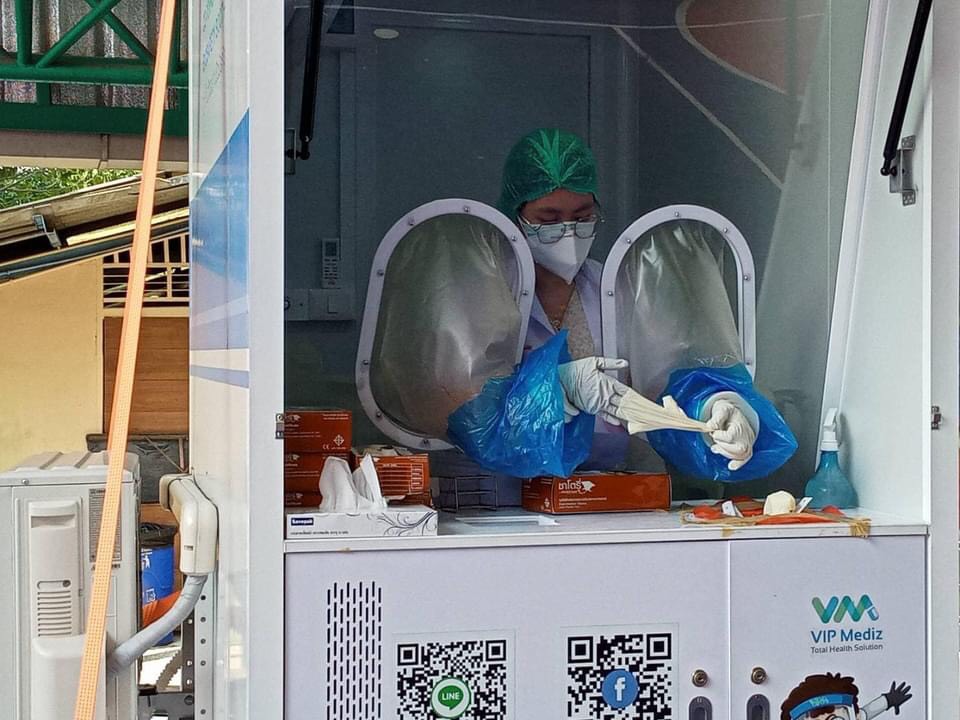 Samut Sakhon Governor Veerasak Vichitsangsri has threatened to ask authorities to close down all private hospitals in the province, after they refused to prove free COVID-19 tests, claiming that they do not have empty beds to accommodate those whom the tests show to be infected.

The governor apparently made the threat after he read a Facebook post by a human resource official at Samut Sakhon Hospital, who expressed the frustration of medical personnel there for having to deal with many people who show up for COVID-19 testing, after all private hospitals in the province have rejected them.

The official, who identified herself as “Aeh”, asked why the Samut Sakhon provincial hospital has to accept this burden, as she described people queueing up close together, in long line, every day to receive the free tests.

She said she was told by a number of people that they came to Samut Sakhon provincial hospital because private hospitals had refused to provide the testing service. Her hospital, she added, is receiving patients from Bangkok, Nakhon Pathom and a few other provinces. She wondered why it has to provide free COVID testing to people who should go to a private hospital, because they chose them under the social security scheme.

“Aeh” further complained that, on several occasions, when hospital officials asked people to go to their private hospitals, they were reprimanded.

Yesterday the governor also posted on his Facebook that the three state hospitals in the province are treating mostly non residents, while asking a rhetorical question “how has Samut Sakhon got to this point?” 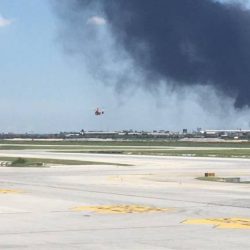 Suvarnabhumi Airport remains open, despite clouds of black smoke over parts of it