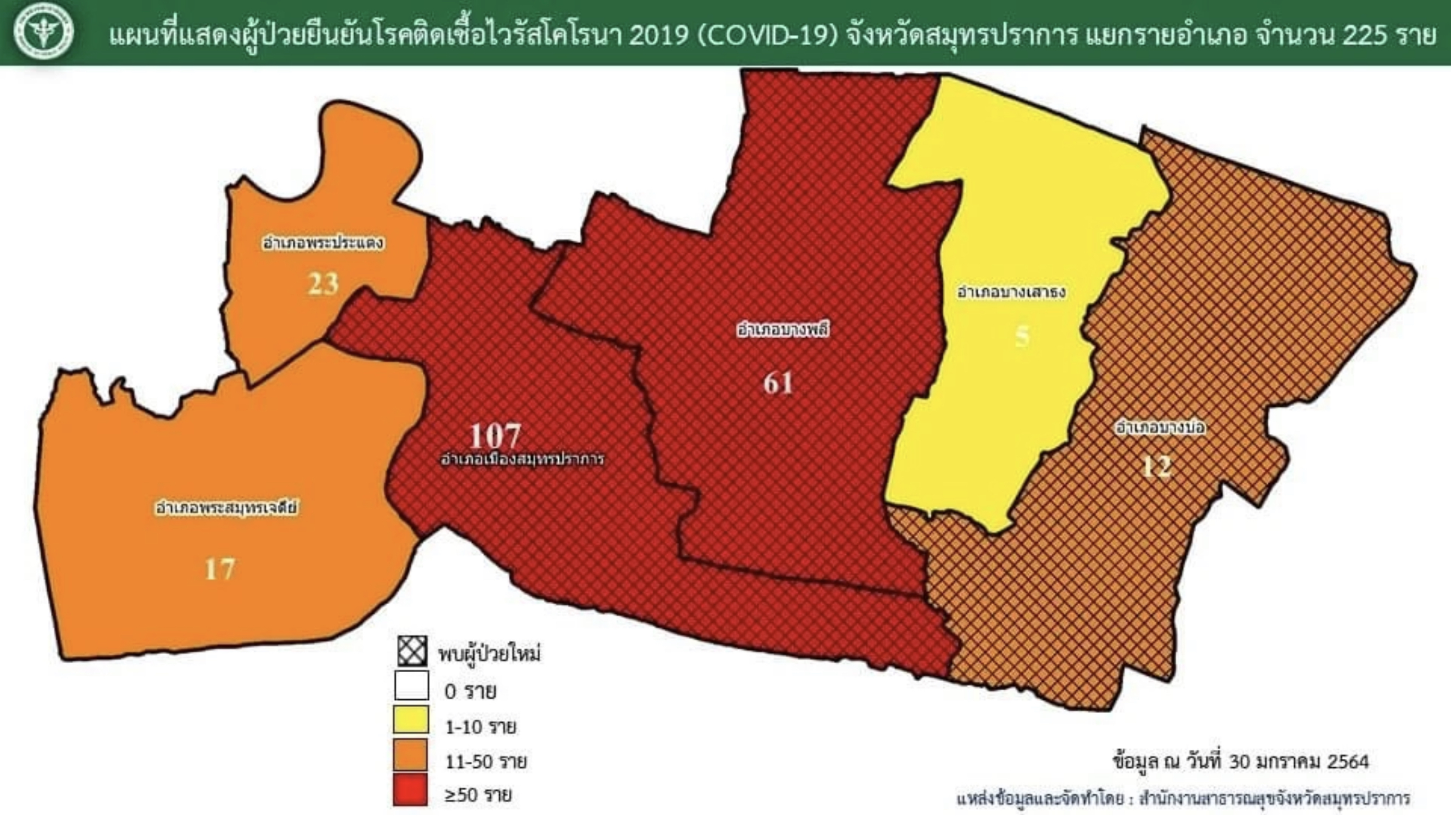 Twenty people, including 18 employees of a factory in the Bang Bor-Bang Phli industrial zone in Samut Prakan, were been found to be infected with COVID-19 on Saturday.

Samut Prakan provincial health office’s Facebook post said 18 cases were found through pro-active screening, with one arrival from Malaysia in state quarantine and another who was reported to be in close contact with an infected person.

All of them are asymptomatic.

Samut Prakan is classified as a Red zone, as are Bangkok, Pathum Thani and Nonthaburi.

Meanwhile, about 25 medical personnel at Ma Sot district hospital, in the western border province of Tak, have been isolated for observation after one of the nurses was found to be infected.

The medics, most of them nurses, have tested negative for the virus, but they must remain quarantined and under observation, prompting the Mae Sot district hospital to ask for additional nurses to be sent to cover the staff shortage.

Eight policemen attached to Mae Sot district police have also been isolated for observation, after they had been in close contact with a Thai man who snuck across the border from Myanmar and later tested positive for the virus. 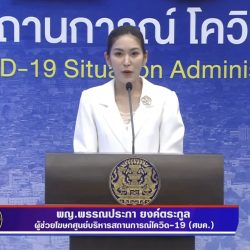 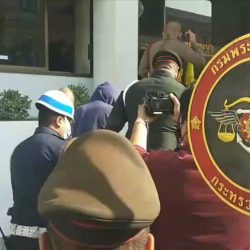